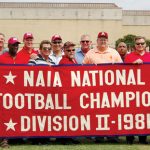 Members of the Austin College 1981 NAIA National Championship football team came to campus in September 2011 to celebrate the 30th anniversary of the team’s historic season, capturing the only national title in Kangaroo athletics. The football program reached new heights in 1981 when, after trailing Concordia University of Minnesota 24-21, the Kangaroos managed to… END_OF_DOCUMENT_TOKEN_TO_BE_REPLACED 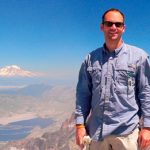 David Baker, Austin College associate professor of physics, was included among “The Most Creative Teachers in the South” in the August 2011 Oxford American magazine. The article preface reported, “We hunted in colleges throughout the region to find influential educators admired by their students and colleagues, whose classrooms serve as forums for social change, whose… END_OF_DOCUMENT_TOKEN_TO_BE_REPLACED