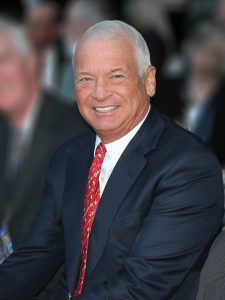 n December 2020, Don Gibson, M.D., put aside his scalpel for the final time after 35 years as a cardiovascular surgeon in Houston, Texas.

He’d long planned to be a doctor. As a  seventh grader, he wrote Johns Hopkins Medical School to request an application. Not many years later, the West Texas boy was recruited to Austin College  and graduated in 1975, ready to pursue his dreams.

Don began study at Baylor College of Medicine and upon finishing his coursework, took on residencies in General Surgery and Thoracic Surgery. Every year, 200 to 300 people applied for  residencies under the tutelage of medical legend and cardiovascular surgery pioneer Dr. Michael DeBakey, who was Chair of the Surgery Department and President of Baylor College of Medicine.

“I was happy to be (one of three) chosen for Dr. DeBakey’s program, though when I was his resident, we were working too hard to realize how great a doctor he was,” Dr. Gibson said. “Through the  passing of time, and the hindsight view of his career and the worldwide advances he made in the treatment of heart and vascular disease, I saw what a great man he was and how much he  meant to me. I became the surgeon I am because of the training I had with him.”

In the intervening 35 years, Don says he had a “very nice career,” spent entirely in Houston at Memorial Hermann Hospitals, Houston Methodist Hospital, and UT Health Science Center. For the  past eight years, he also was teaching at UT Health Science Center at Houston, taking his turn at passing on knowledge to residents in the cardiovascular operating room and in all aspects of patient care.

Gibson estimates he completed 5,000 heart surgeries and another 5,000 thoracic and vascular surgeries during his career. “My job as a surgeon  was to make people’s lives better and to prolong their lives,” he said. “I told my patients I was not doing procedures to have them go home and  sit on the couch for the rest of their days. I operated so they could go on with living.” 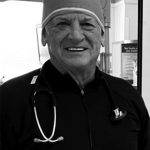 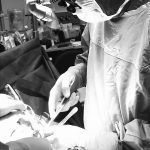 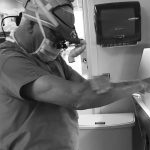 Don would sometimes see patients out in the community. One day in 2018, a man walking near him asked what he did for a living. Don  answered that he was a heart surgeon. The man smiled and said, “You’re Dr. Gibson.” Turns out Don had performed a quadruple bypass on the man 17 years previously. That chance encounter just happened to take place on the starting line of a triathlon!

The retelling of that story more than two years later still brings a quiver to Don’s voice. “It was very emotional for both of us at the time,” Don said. “The man was 77 years old in 2018. I am  fortunate to have been in the position to make an impact on people’s lives through the years.” 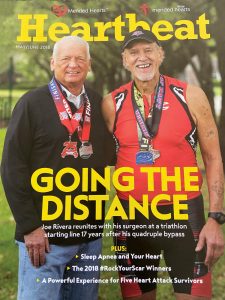 Don competed in triathlons (swimming, cycling, and running events) for several years, though he says he was never any good at it. “My goal was just to finish,” he said. “It was a way to get some exercise and meet new people.”

Don and his wife, Diane, have been married for 35 years. Diane is a retired cardiovascular anesthesiologist, and they have four adult children: a son in New York, and daughters in Texas, Chicago,  and New York. Though Don had a busy and stressful life as a surgeon, he made an effort to be an engaged parent when his children were growing up. Diane took a 10-year hiatus from work to care  for the family, and Don did his best to be present for all the school events and parent meetings. “I didn’t miss many,” he said, of the swimming, track, golf, choir, band, and other involvements of  their kids. The family also was active at St. John the Divine Episcopal Church and did a lot of traveling.

Since 2007, Don served on the Austin College Board of Trustees and said he was fortunate to witness the wonderful leadership of three presidents of the College over 12 years. After a short break,  Don returned to active service on the Board, pleased to devote time and resources to the College. “Serving on the Board is a way I can give back to the College,” Don said. “Being a physician was all  I ever wanted, and because of Austin College I have been able to fulfill that dream. Who would had thought some kid from far West Texas could have this life? Austin College made it possible.”

Don and Diane have long looked forward to retiring to the Texas Hill Country. Diane retired in July 2020 and moved to their Hill Country ranch. Don joined her on weekends  through the fall and made the move himself in December. He may take his time deciding what he wants to do but he doesn’t expect to feel bored. Instead, he and Diane are making plans for  travel, and he sees himself playing some golf, working on the ranch, and enjoying time with family.