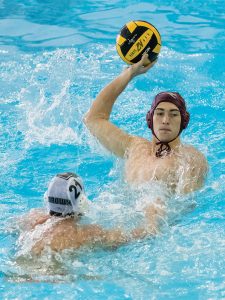 Austin College charges up for success

Hannah Natatorium was steamy, crowded, and energized when the 2018 ’Roo men’s water polo team hosted the Brown University Bears last September. Though water polo and its rules were new to many of the fans that day, they understood this was a historic moment. Regardless of the final score, Austin College would triumph, as the ’Roos debuted the only varsity water polo team in the whole state of Texas. 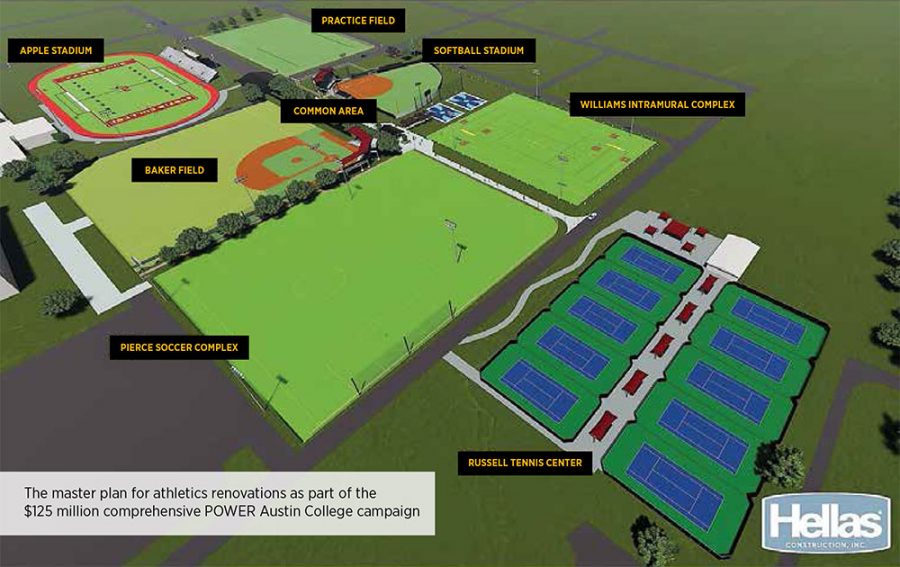 In fact, in academic year 2018-2019, some 30 students enrolled at Austin College to play water polo. The women’s team begins competition in March 2019.

“Students choose Austin College for a great education but also for ‘something else.’ For many, that something else is athletics,” says President Steven P. O’Day. The something else could just as readily be theatre arts, student investment fund, mock trial, religious life, or any of the activities that educate and transform the whole student.

As Austin College looks to its future—and the innovation required to deliver a 21st-century education to students—it has unveiled the public phase of POWER Austin College, a $125 million  comprehensive campaign for capital improvements, scholarships, and endowment growth. More than $97 million already has been raised—78% of the goal as of January 2019—and some major capital projects now are underway in alignment with the campaign’s priorities. Renovation of both Wynne Chapel and Russell Tennis Center will be completed in 2019. Major renovation to Ida Green Communication Center is scheduled to begin in spring 2019, and plans are moving forward to convert the former Moody Science Building to the state-of-the-art Jack B. Morris Center for Business. Exciting changes are happening every day.

Within the POWER campaign, $29 million is dedicated to improved sports facilities on campus. The Athletics Master Plan includes a roster of strategic updates: a new softball complex, expanded training room, artificial turf and upgrades to Apple Stadium, renovation of Hannah Natatorium and Hughey Gymnasium, along with improvements to Williams Intramural Complex.

Ryan Dodd, head coach for men’s and women’s tennis, says, “When prospective student-athletes visit Austin College, we immediately show them our campus: residence halls, campus center, and academic buildings. The planned improvements to our athletic facilities could be ‘the closer’ for the highly competitive recruitment process,” he notes.

In addition to the love of the sport, the camaraderie and accountability of athletics help many students succeed in competition and in the classroom. More and more Austin College student-athletes are recognizing the gains as participation in NCAA varsity sports has grown more than 60% on campus in the last 10 years, says Athletic Director David Norman ’83. The Class of 2022, incidentally the largest class in the history of the College, includes 40% student-athletes.

In addition to investments in athletics, the College has introduced new majors like health care administration, engineering physics, and the interdisciplinary PPE (philosophy, political science, and economics), and an esports team, thus providing opportunity for thoughtful enrollment growth.

Scholarships, too, play a role in bringing talented young people to campus. Scholarships are one of the POWER campaign’s highest priorities, providing students with support for financial need, JanTerm, study abroad, and experiential opportunities such as Social Entrepreneurship through Poverty Alleviation (SEPA) internships.

“In this campaign, we are working to raise the funds needed to continue the transformational experience today and into the future,” President O’Day says. “We need to support and enhance the scholarships, programs, and facilities involved in educating the whole student—mind, body, and spirit. These experiences are, after all, the essence of an Austin College education.” 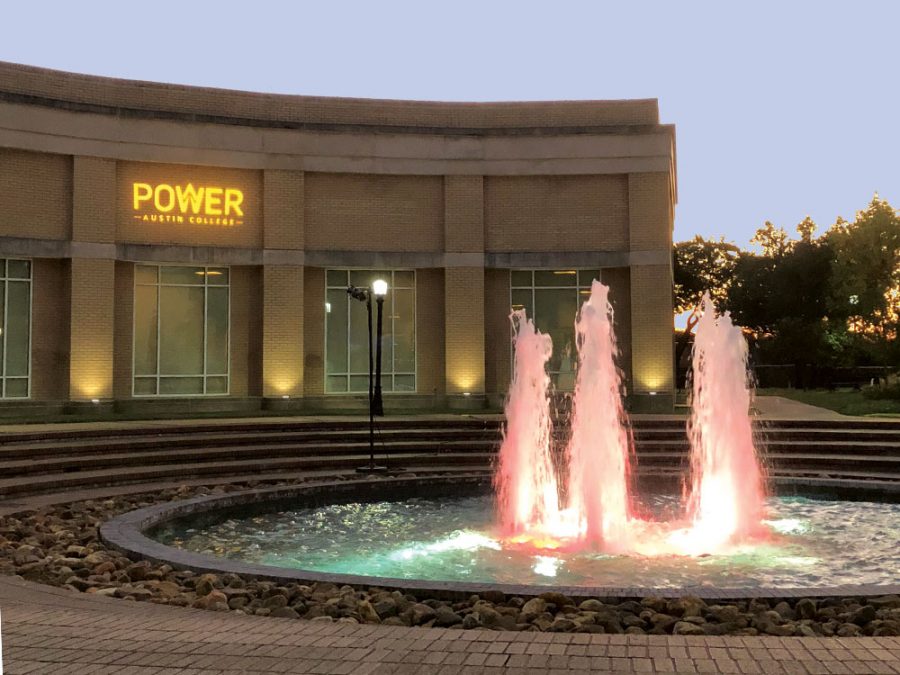 How POWER Austin College Will Shape the Future

The venerable brick facades of the campus have, outwardly, quietly endured across decades of Austin College history. Step inside those walls and the atmosphere is charged with energy radiating from students, faculty, and staff as they spark the next wave of thought leaders, cultural influencers, and engaged world citizens ready to navigate a changing world.

The POWER Austin College campaign seeks to raise $125 million to fund capital projects, endowment, and operating funds that provide resources for transformational education. The comprehensive campaign will ensure the College has the financial means to:

Allison McBee Dawson ’03, Vice President for Institutional Advancement, expects the next year to bring several exciting gift announcements. “Some will be big gifts; many will be $25 or $50 or $100, and those gifts are just as meaningful and can be just as generous. When all those gifts are put together, they have big impact,” she noted. That impact will be felt across the decades to come, affirming the long-term vision for the future as well as honoring the legacy of Austin College.

POWER Austin College was announced publicly in November 2018 as total gifts reached $97 million—over 75% of the $125 million campaign goal. The gifts that launched the campaign include the following: