The Value of Liberal Arts Education? 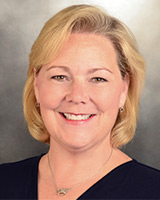 Shortly after midnight on New Year’s Eve, I was trying to get my children to bed. There was a great deal of excitement, and my 13-year-old son was acting particularly adult-like. As I kissed him good night, it dawned on me that 2016 would be a big year for him. I was caught off guard by the fact that he would enter high school this year and that time had traveled so fast. I woke up with a frenzy of thoughts about things like, where will he go to college and is he ready? All of a sudden, all those articles about the value of a college education became ones I wanted to read. After a brief panic attack, I took comfort in knowing that whomever my child turns out to be, whatever his needs or interests, he will be well served by a liberal arts education.

My father believed a person should be literate, know how to communicate one’s thoughts, and have an understanding of the world around us. He believed in order to be those things, a person needs a liberal arts education. He didn’t have that, but wanted it for me. Having had it, I want it for my son because it gives you the tools to shape your life, not simply your career. I learned inquiry, independence, and engagement at Austin College, and those notions have led to the most successful moments of my life.

Questioning everything is not a matter of doubting what is represented, but rather an exercise in learning more. After 18 years of following directions and accepting information provided to you in a traditional classroom, the liberal arts adventure begins by encouraging inquiry. Don’t simply accept the events of history, ask what prompted them. Would outcomes have been different if circumstances were different? Study history and you learn not only what happened, but how your own actions might make or change history for yourself and others. My own professional path in politics has been more successful because I have been a person at the table willing to ask what history could teach us about a certain situation—or, in some cases, force questions people may not be ready to answer. Inquiry makes you thorough—a sought-after trait in professional environments.

The sense of community at Austin College taught me to respect independence and to pursue it for myself. A liberal arts education brings a community together through a shared learning of the core humanities. With that common understanding, we are pushed to inquire and draw our own conclusions. Learning independent, critical thinking comes with the added skills of being able to represent and defend one’s ideas, and the knowledge that standing alone doesn’t have to be a fearful experience. In fact, being independent comes from confidence. That sense of independence made it possible for me to make important and, occasionally, unpopular decisions in my life. Those moments have included whether or not to accept a job offer. As a parent, I am willing to stand in the decisions I’ve made for my kids regardless of what the Smiths are doing.

The deep understanding of the larger world provided by a liberal arts experience compels a person to engage in the world. How could you not after you’ve learned about other cultures and about ordinary people who have made extraordinary things happen? Engagement is a tenet of how I live, not just how I work. I am an engaged advocate in my work, but I try to live every day engaged in my family and community. Sometimes that is about diving into a school project or volunteering at our church. Other times that act of engagement is as simple as asking another question or being willing to stand alone with an idea.

When, and if, my son asks my advice about college and what he should consider in making his choice, I will tell him that a liberal arts education is an investment in the rest of his life that will hold value in every aspect of his life. And when I read the next article about the “value” of a college education, I’ll be confident in my knowledge that a liberal arts education is priceless.

Kiki McLean, who lives in Washington, D.C., is a public affairs and political strategist and veteran of six presidential campaigns. Her two children know Austin College will be their first college tour.