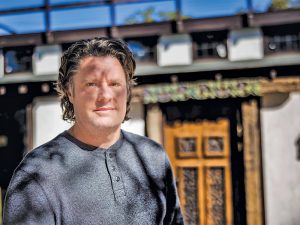 ravelAddicts.net proclaims, “Fredericksburg [Texas] has more fun things to do than most cities five times its size. There seems to be a festival or event happening most weekends of  the year regardless of the season.”

Who wouldn’t want to visit? When visitors arrive, they need a place to stay, and no one wants to see “No Vacancy” when making plans. Lance Haynes ’92 knew he could be part of that business.

He made a sizable investment in the area (translation: put all his money into a land purchase and personally began building cottages) as he saw the area as “pretty much recession proof.” Of course, no one plans for a pandemic.

In fall 2018, he opened two cottages, which were immediately booked, and he never had a weekend vacancy through 2019. The same was true for most weekdays. In April 2019, he had 100% weekend occupancy, 78% for the entire month. 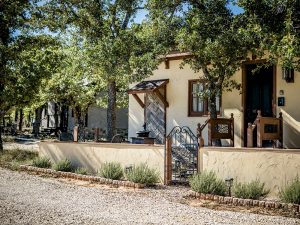 A year later, after COVID-19 arrived, he had 0% occupancy for March and April 2020. Lance had worked in a variety of careers since graduating from Austin College. He has tackled sales, served  as a fire fighter and paramedic, worked in the oil business, and created a wedding venue. He’d also written a book, finessed woodworking abilities, and honed photography skills.

This time, however, he had put everything into The Vines at Fredericksburg. He had counted on “recession proof,” and while COVID-19 was not a recession, the results were much the same, if not worse, as people gave up unnecessary travel.

“March and April were horrible for me personally,” Lance said. “This is it, I thought. I was terribly depressed.” He said he had previously had to use his retirement funds for family needs so had  nothing to fall back on. All the resources he had were part of this venture, and things were not looking good. As he could, he kept working on building more cottages. 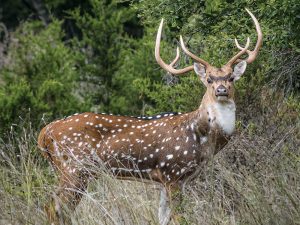 omewhat inexplicably, in early fall 2020, visitors returned to Fredericksburg in droves. October’s visitor numbers were high. But in November as virus numbers were spiking all over the country,  Lance’s worries returned. He continued doing what he could.

He builds toward his ultimate plan for The Vines—nine units including cottages and luxury glamping tents, and a wedding area with decks and an arbor walkway. He hopes eventually to rent the  entire venue to wedding parties, but individual units will remain available when weddings are not scheduled.

In the meantime, he looks out his window and watches his deer neighbors pass by, enjoys the sunset, and prepares to welcome his next set of guests. He’s counting on this.