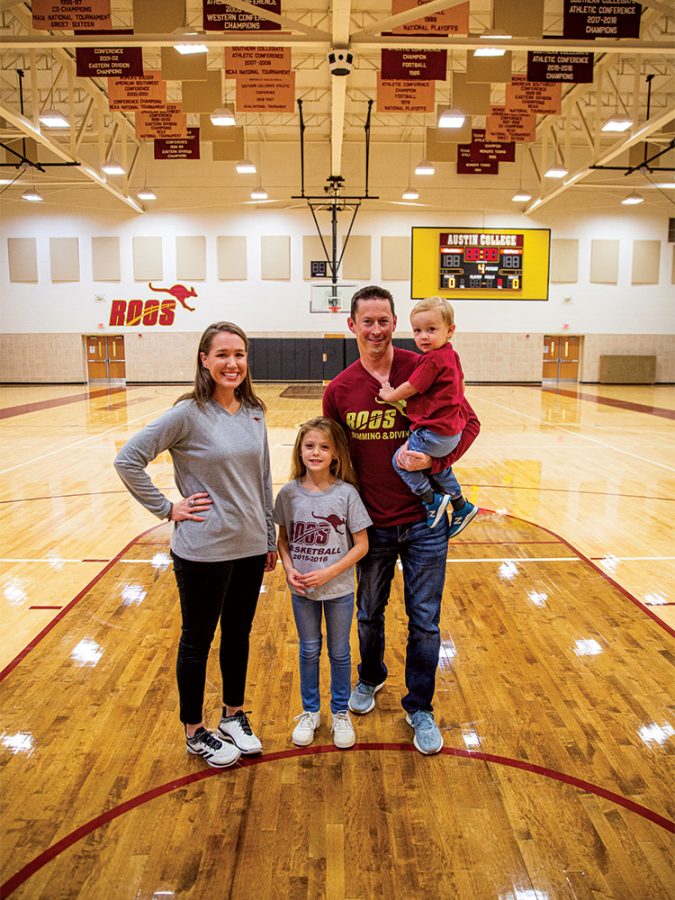 oach Michelle Filander led the Austin College women’s basketball team to victory at the Southern College Athletic Conference (SCAC) championship on March 1, 2020. The players  have the rings to prove it, but those “blingy” rings certainly aren’t needed to recall the elation and adrenaline rush of the 76-67 victory over rival Trinity University.

Only a few weeks previous, Coach Bob Filander’s men’s and women’s teams enjoyed their own successes at the SCAC Swimming and Diving Championship Meet. The teams broke 13 Austin  College records at the meet. 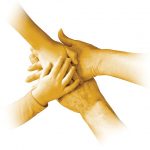 In the Filander home, spirits were definitely high. Those wins produced excitement, pride in their athletes, and validation of what their teams had been doing and learning every day. The coaches  know well that those kinds of victories can be elusive, even with talent, diligence, and spirit from their athletes.

The highs and lows of sports are all too familiar to the coaches. During high school, Michelle Bielanski earned many basketball honors, including a variety of Ohio All-State and Player of the Year  accolades, plus a scholarship to the Division I Robert Morris University in Pennsylvania.

In her second season, she suffered a season-ending injury. She transferred to Ohio Wesleyan University, and another injury ended her basketball career. Her coach asked her to take a role on the  coaching staff. Though she’d had no interest in coaching, she decided to try it while she finished her degree. (Interestingly, her original plans were to complete graduate school in Forensic  Psychology and tap some family connections for inroads to the FBI at Quantico.) As she persisted with coaching, she helped lead a team to the NCAA Final Four, ending the run at No. 3 in the  nation, experiencing the thrill of victory and the agony of defeat with her team. 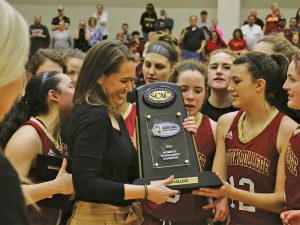 VICTORY! The women’s basketball team won the SCAC Championship in March 2020, and Coach Michelle Filander was overjoyed to be part of the post-game celebration.

Meanwhile, over in Pennsylvania, Bob Filander was a winning track and swimming athlete and a successful student at Washington & Jefferson University. Upon graduation, he began the career he  had planned: teaching high school English … Shakespeare in particular. Soon, Bob’s college swim coach contacted him for help starting a water polo team. Bob volunteered for a time and then  became a part-time coach. Eventually, he became the head water polo coach at Washington & Jefferson.

Soon, a new female assistant coach from Ohio joined the women’s basketball staff at Washington & Jefferson. The rest, as is often said, was history and the beginning of the Filander coaching  family. The young couple moved to Sherman in fall 2010 when Michelle took on the head women’s basketball coach job at Austin College.

Bob did not have a coaching position when they moved to Texas so he volunteered with the ’Roo swim teams. In May 2012, things got busier as the Filander household grew with the birth of their  daughter, Seton. Then in fall 2013, Bob was selected as the head coach for the ’Roo swimming and diving programs, and the activity level went up another notch for the family. 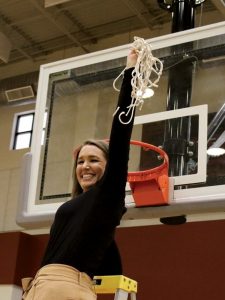 Coach Michelle Filander taking her turn at cutting down the net.

As luck would have it, Bob’s and Michelle’s programs both compete in winter sports schedules. Training and conditioning for swimming get underway in mid-September, with daily two-hour  practices at either 6 a.m. or 4:30 p.m. Basketball begins mid-October with Monday through Saturday practices, 4:30 to 6:30 p.m. Come January, swimming and diving training builds to two hours twice a day.

The important concept of the student-athlete—that academics come first in the mix—is forefront in the Filanders’ coaching philosophy. “I do not coach professional women’s basketball players,”  Michelle said. “I want to coach doctors and lawyers; that provides the vision of how our priorities align. We walk that out by the way we schedule practices at the end of the class day, by how we  leave campus for away games at the last possible times. Still this is college basketball. When the time comes for basketball, we want basketball to be the priority. We don’t want it to come above academics, but we do want it to come above other things.” 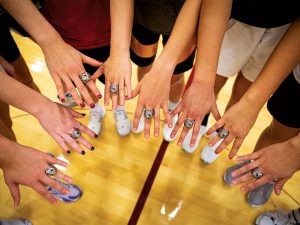 That win earned the team some championship bling.

Bob said that many schools run double swim practices in the fall, and he thinks differently about that training. “First-years are in a whole new environment in the fall semester,” he said. “To run  double daily practices when they are adjusting to new schedules, new environments, and new academic demands is not a recipe for success. Our schedule moves to double practices in January,  and we’ve found great success in it. First-years need that second practice then, when the academics are a bit more open. Then they can finish their academics and work hard in practice.”

Of course, just as the Austin College students adjust to their schedules, so must their coaches, and Michelle calls theirs “a circus.” The family grew again in April 2018 with the birth of a son,  Sutton. Michelle said that thankfully, Bob’s parents have traveled from Pennsylvania to Sherman each year since, renting an RV spot locally from Labor Day through Memorial Day, to help keep  the circus performing on schedule.

Michelle said the births of their children have improved her coaching. “It makes me consider how I would want someone to treat my child,” she said. “I think it is true for Bob, too. It really has enhanced the vibe and made us better coaches.”

She thinks their children and their circus have helped their athletes, too. “At times it’s been all hands on deck,” Michelle said. “The athletes know they have to help. It creates that humanization  piece that is important. The crazy creates humanity. There’s real benefit in that. The humanity creates relationship.”