By November 30, 2019, one year after President Steven O’Day publicly announced the Power Austin College Campaign, fundraising had reached  89% of the $125 million goal. As the calendar changes to a new year, additional giving continues to move the needle ever closer to the goal. Along  with funding for scholarships and the endowment, the Campaign raises money for strategic capital improvements across the campus.

Renovation of Wynne Chapel will be completed in early 2020, beginning a new chapter in the life of the iconic building. The interior of the 60-yearold structure has been upgraded while preserving the integrity of the original architecture as the place of worship on campus. The newly named Clifford J. Grum Sanctuary includes removable seating, fully retractable screens, new flooring, and an improved sound system. The new Sallie Majors Chapel, known for years simply as “the small chapel,” is newly named and refreshed. Gifts from the Mary K. and Clifford Grum Foundation of Lufkin, Texas, and from Joyce and Robert Johnson ’53 of McLean, Virginia, funded the updates. 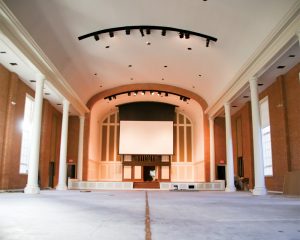 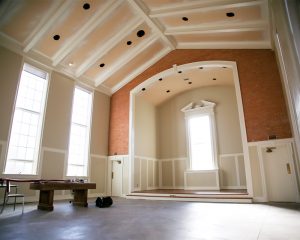 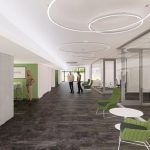 The Stage is Set for Ida Green

Renovation of the first floor of Ida Green Communication Center is underway and expected to be complete by the opening of Fall Term 2020. Funded by a major gift from Jim and Sally Robinson Nation ’64, the renovations include upgrades to the main theatre—to be renamed Sally and Jim Nation Theatre—and the creation of a new learning commons for gathering and collaboration. 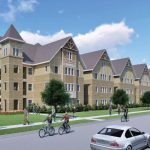 As more students choose to live on campus during their senior year, additional housing is under construction to hold approximately 130 students. Structured like The Flats at Brockett Court, the new North Flats near Jordan Family Language House will include community rooms, and fully furnished, suite-style residences, each with four bedrooms, two bathrooms, a living area, and a full kitchen.