Dan Page is the author of an illustrated children’s book, I’ve Lost My First Tooth, and was one of the featured writers to participate in “Family Trees: A Celebration of Children’s Literature,” held at the Concord Museum in Concord, Massachusetts, in December 2010.

Sheryl Stice Ross is director of the Pediatric Emergency and Trauma Center at National Children’s Hospital in Washington, D.C.

David Seaver retired as vice president of human resources from Sysco on November 1, 2010.

Cindy Leon of Mission, Texas, was appointed in January by Texas Governor Rick Perry as one of five commissioners of the Texas Department of Public Safety. The commission is responsible for formulating and overseeing policies for the chief law enforcement agency in Texas. A retired regional director for the U.S. Department of Housing and Urban Development, Cindy is expected to serve through 2015.

James Downs will publish a poetry collection, “The Skin of All Things,” in 2011. He became the associate editor of Poetic Matrix Press in 2009, and now is a lyricist for the band Sawhorse. He and his wife, Joy, married in June 2007 and live in Yosemite.

Marjie Dexter Podzielinski presented “Skyping with Authors” at the Texas Computer Education Association in Austin on February 9. She also is chair of the International Reading Association Teachers’ Choices committee and this spring, received the Dr. Mary Berry Award from the Library Department at Sam Houston State University. This award honors an outstanding alumnus who is active in promoting libraries at the local, state, and national level.

U.S. Trade representative Ron Kirk was honored with the 2010 Presidential Citation from the University of Texas at Austin. The citation recognizes extraordinary contributions of individuals who personify the university’s commitment to transforming lives. He also spoke at the annual conference of the Society of American Business Editors and Writers in April.

Christena Alcorn was appointed in January as the new ombudsman of the Texas community college system, serving 3,500 faculty, staff, and administrators.

Dennis Morris was sworn in as district judge for Carter County in Oklahoma in January 2011. His term ends in 2014. After graduating from law school, Dennis practiced law in Duncan and Lawton, Oklahoma, before opening a practice in Ardmore.

Amy Moore Meeks, a senior lecturer in the Psychology Department at Texas State University, spoke in the Distinguished Lecture Series at San Marcos Academy in February. She joined the faculty at the university in 1986 as an adjunct and took on her current role in 2003. She previously worked in private practice as a child and family therapist.

Aldo Billingslea is associate professor at Santa Clara University, where his specialties include assessment of the impact of African-American playwrights on American theatre. In a February newspaper profile, a theatre writer called Aldo a “major player” in the Bay Area theatre scene. He acted in Collapse in February, and then directed A Raisin in the Sun.

Michael and Mary Laing Kingan have moved to Singapore where Michael has started an advancement office for the Singapore American School. He previously was the vice president for development at the University of New Mexico.

Joni Hundt Durham (MAT ’02) and Rodney Durham ’90 (MAT ’00) have remained in the Austin College neighborhood since graduation. Joni teaches at Terrell Elementary School in Denison and coaches the Denison High School Swim Team, and Rodney teaches at Dillingham School in Sherman. They have four children: Allen, Aaron, Anna, and Aubree.

Robert Scott was selected to speak at the 2011 annual conference of the Council on Litigation Management. He is the managing partner at Scott & Scott law firm in Dallas.

Susan Raine completed a master’s degree in health law at the University of Houston in May 2010. She now is residency program director in the department of Obstetrics and Gynecology at Baylor College of Medicine in Houston, Texas.

Zeke Ashton and his view of the investment market were referenced prominently in the January 2011 edition of Kiplinger’s financial magazine in the “Discovering Value” column. Ashton runs the Dallas investment firm Centaur Capital and manages Tilson Dividend Fund.

Michael Anthony Garcia is one of 50 artists whose work was represented in Texas Biennial ‘11 during April and May in Austin. He also co-curated and exhibited his second international art show with the Los Outsiders Art Collective in June at the MACC in Austin, Texas. His art can be seen at www.mrmichaelme.com.

Thomas Garrison was named principal of Jesuit College Preparatory School of Dallas in March and took over the post on July 1. Tom moved from the position of assistant principal for student academics, a post he has held since 2003. A graduate of Jesuit, he joined the school’s faculty as an English teacher in 1997. 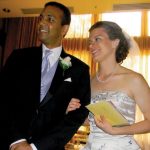 Molly Anderson and Vikram Jakkamsetti married on October 24, 2010, in Fort Worth, Texas. The couple lives in Dallas, Texas.

Laura McFerrin directed the documentary March On in 2010, and it won Audience Favorite and Best Documentary at the Austin Gay and Lesbian Film Festival. Michael Garcia ’96 was the web designer and assistant editor. Kimberly Earles Pollini ’98 recorded an original song for the movie. The film was screened at Austin College in May. More information is available at www.marchonmovie.com.

Amanda K. Jester recently was elected a partner in the law firm McDermott Will & Emery, L.L.P. Amanda practices health law in the firm’s Miami, Florida, office, with a focus on mergers and acquisitions in the healthcare industry and representation of hospitals, physicians, and ancillary providers. McDermott Will & Emery’s health law group was named the 2010 Health Team of the Year by Chambers USA. Amanda continues to live in Miami Beach with her husband, Ken, and their pugs, Mason and Max. 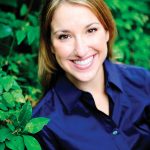 Laura Langham ‘02 joined Hilgers & Langham, P.C., a new law firm formed by the merger of long-time Austin attorneys William B. Hilgers and Wayne A. Langham. She completed an M.B.A. from St. Edward’s University and has been invited to be an adjunct professor in the graduate program there beginning in summer 2011. In addition to practicing law, she is serving as an interim executive director for the new Barbara Jordan Freedom Foundation, which was created to improve education, end racial injustice, and reform the prison system in America. Since 2008, she has served as a community outreach volunteer for SafePlace a domestic violence shelter. 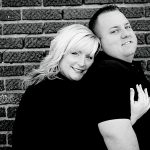 Kelli Brookshire and Robert Wediwn Bruemmer II married on March 12 in Oklahoma City. Tricia Jones ’02 served as maid of honor and several Austin College alumni attended. Kelli is a corporal at the Oklahoma County Sheriff’s Office and runs a crime prevention program for senior citizens in the Oklahoma City metro area. Bobby is a police officer at the University of Oklahoma in Norman. 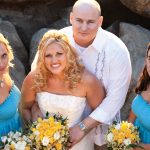 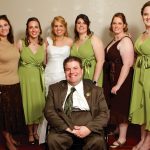 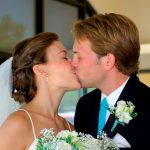 Thomas M. Quinn and Courtney R. Hummingbird ’12 married August 15, 2009, in Fort Worth, Texas. Thomas is employed by Calvary Chapel of Fort Worth as associate pastor and business administrator. He also sits on the international board of the charity Love Never Fails International, working closely with its orphanage in Reynosa, Mexico. He is pursuing a master’s degree in divinity at Southwestern Baptist Theological Seminary. Courtney now attends TCU, completing a bachelor’s degree and master’s in teaching degree in mathematics. The couple lives in Fort Worth. 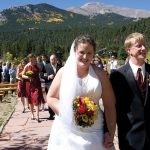 Meggin Rutherford married Benjamin Jackson on September 19, 2010, at the Wild Basin Lodge in Allenspark, Colorado. Paige Rutherford ’09 was maid of honor and Kristina Bodensteiner Lozano was a bridesmaid. Meggin graduated from the University of Colorado Law School in 2009 and is an attorney in the Denver area. Ben is a geologist completing his master’s degree at the Colorado School of Mines. They live in Golden, Colorado. 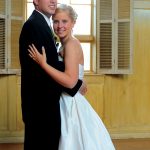 Jon Greer and Lauren Svane were married June 19, 2010, in Wynne Chapel. Lauren was escorted down the aisle by her father, Todd Svane ’81. The wedding party included best man Danny Greer ’05, Ryan Saenz ’05, Timmy McClure ’07, and Michael Frazier ’08. Jon works as a public relations manager for AT&T, and Lauren is a teacher for Allen ISD. The couple lives in Allen, Texas. 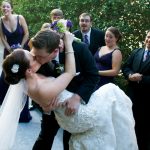 Kelsie Tregilgas married Corey Hyden ’07 on September 12, 2010. Both are attorneys in Dallas.

Steven Hayes under the pseudonym “Andrew Yorke,” released a trailer of his self-produced movie “Videotape.” The trailer is available at www.videotapethemovie.com.

Heather Williams was selected last fall for the prestigious internship program at the John F. Kennedy Center for the Performing Arts. From September to December, she served as the special events intern in the Development Department of the Kennedy Center as part of the DeVos Institute of Arts Management at the Kennedy Center.