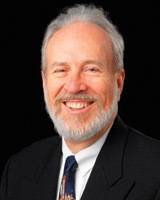 Robert C. Dana ’66 retired from Chemical Abstracts Service, a division of the American Chemical Society, in July 2010 with the rank of senior scientist. CAS is an authoritative and comprehensive source for chemical and scientific information. A two-time recipient of the CAS Director’s Award, Robert joined the staff in January 1971 after completing a Ph.D. in organic chemistry at University of Texas. His work took him to several European countries as well as training programs in Japan, China, and India.

His primary work was the creation and nurturing of CASREACT, the CAS chemical reactions database, including more than 30 million reactions. The database allows customers to search for reactions by structure or structure fragment, by specific Registry Number, by functional groups, e.g., ketone or carboxylic acid, or by text notes.

Robert’s interests extend far beyond science. He has been a registered Scouter for more than 30 years and served as adult staff in boating for the Boy Scout National Jamboree several times, most recently in 2010.

He also has spent 20 year as a volunteer in the Kairos Prison Ministry, including service as the chair for the Ohio district. He now is a national trainer and member of the International Council.

Since 1982, Robert has been a member of Vaud-Villities, the longest running amateur musical show in the country. Each year since 1943, the group has produced an annual Broadway-style show and other performances. Some 250 volunteer dancers and signers, ages 18 to 80, are supported by a professional orchestra and treat audiences to an assortment of musical styles from old favorites to Broadway tunes to rock and roll.

For nearly 30 years, Robert has put his musical talent to use as a member of the Chancel Choir of First Community Church, which has toured in Europe and sung Sunday morning worship at the National Cathedral in Washington, D.C.

Robert and his wife, Harriet, have been married since 1967. They have two children and two grandchildren.