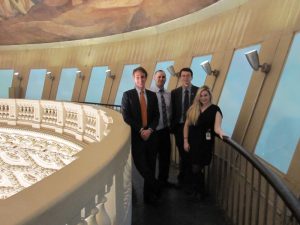 Eristeo Perez ’12 spent Fall Term 2011 in the Washington Semester. He writes here of his adventures during the experience and his changing thoughts about his future career.

You might have wondered – as I did for several semesters — what one does with a political science degree. Many assume that political science majors work on campaigns or run for public office. Although I currently am doing both of these, they are not the normal careers of political science majors—which is what I confirmed in my semester in Washington, D.C. Three other Austin College students and I studied in D.C. this last fall at the American University Washington Semester Program, which offers a sort of study abroad experience for Washington, DC. In this competitive program, I took a variety of political “insider” classes while receiving course credit by interning for the Office of Congresswoman Gabrielle Giffords.

As my class explored the city and the various a components of American government and politics, I was able to meet influential people and learn about various careers in politics. First, we met the longtime speechwriter of Secretary of State Hillary Clinton, Lissa Muscatine. Then, we visited the White House Complex, where I met Stephanie Cutter, the deputy senior advisor to President Barack Obama. From these two women I gained valuable insight into a potential career in campaigns, which have been a personal interest for several years. Although campaign life is fast paced and exciting and rewarding, it is also inconsistent, unstable, and requires great personal sacrifices. These professionals explained that there are more men than women in this profession because of the difficulty of being a mother on the campaign trail. Although I will never be a mother, I soon realized that I actually value stability and consistency in life.

Throughout the semester, not only did I carefully consider possible political careers, but I also considered how I wanted to define my life. I do not want to spend the rest of my life in just any career in politics. So I first learned in D.C. that I wanted a career that would provide stability and consistency. By the end of this semester, I came to two more realizations. I desire a career in which I will have ongoing passion, while also wanting a career that is enlightening and fulfilling. 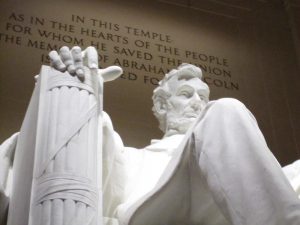 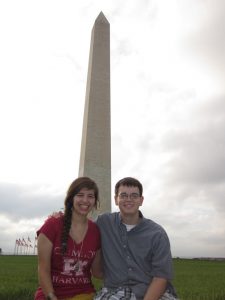 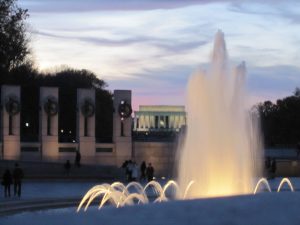 My interest next shifted toward law. Our class visited the chairwoman of the Federal Elections Commission, Cynthia Bauerly; then, we met Melissa Arbus Sherry, the Assistant Solicitor General, who argues cases in the Supreme Court on behalf of the Federal Government. With Chairwoman Bauerly, we discussed the recent Citizens United ruling; and with the Assistant Solicitor General, we discussed the legal future of the health insurance mandate. At this point, I considered going to law school and pursuing an ambitious career in law like these women, where I could pursue money and legacy. My passion for a career in law peaked around the time that I started sneaking into Georgetown Law classes.

Oddly enough, my attitude toward law changed when I met Supreme Court Justices Antonin Scalia and Stephen Breyer, who opened my eyes to the less glitzy side of a legal career. A distinguished career in law requires a life commitment to law. Although I am willing to work hard, I do not want to define my life and its accomplishments by an expert legal knowledge. I simply could not foresee myself continuing my passion for law much later in life; I needed something more out of a career. This probably explains my preference for liberal arts schools.

I began to doubt that I would ever find a career in politics where I could also find sustained passion. Luckily, my congressional internship in the Office of Congresswoman Giffords revealed to me the mechanics of the legislative process and the behind-the-scenes action of politics. Because of this internship, I better understand certain aspects of politics, like the complacent relationship between the media and public officials. I saw first-hand the loss of comity between the two parties. In addition to these experiences, I had fun as an intern. Sometimes I would write and post tweets on the official Twitter account, or attend a committee hearing and write memos for my superiors. At these hearings or in the hallway, I would see figures like Alan Greenspan, Senator John McCain, Speaker John Boehner, Senator John Cornyn, and so many more. 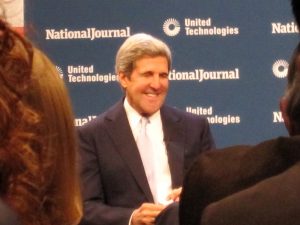 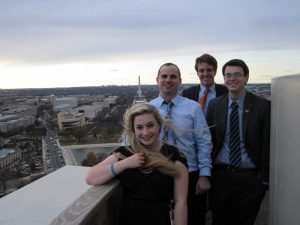 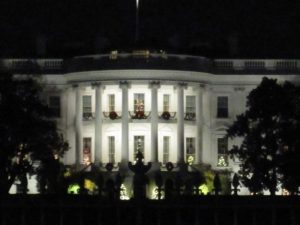 The Hill environment was as fast paced as it was fun. There was something intangibly fascinating about walking down the halls of Capitol Hill in a suit and mastering the complex maze of underground tunnels and subways. Although I was only an intern, my ID badge gave me after hours access to the Capitol building—where I would explore and take photos without the usual herds of wandering tourists.

Unfortunately, I never had the opportunity to meet Congresswoman Giffords in person since she was recovering from severe brain injuries sustained from the January 2011 shooting in Tucson. Nevertheless, I felt honored to serve her and Arizona’s 8th District as an intern. Most of the more fascinating moments also are too sensitive to discuss here, but I can address what it was like to work in the office. Since all interns are given the grunt work within all congressional offices, most of my internship was no different than most. However, Congresswoman Giffords’ Office did have an atmosphere of notoriety.

Depending on one’s knowledge of Congress, there are around two to 20 well-known members of Congress—and Congresswoman Giffords is usually one of those members. It was especially a privilege to write tweets for the official Twitter account, considering the Congresswoman was one of the most followed members of Congress. Another assignment required that I contact all of the major news outlets to compile a list with direct contact information for editors for all of the major news organization. I was actually surprised that simply introducing myself as an intern with the office of Congresswoman Giffords would grant me access to this sensitive information.

Congresswoman Giffords’ office was both different and similar to the other offices in Congress. If you didn’t know, Congress only has a 10 to 15 percent approval rating—and this disapproval is marked by angry letters, emails, phone calls, and protests. Sadly, our office, like all other offices, would receive offensive correspondence, personal attacks, and sometimes death threats. To say the least, America let me down on that part. On the positive side, polite people were especially polite; most people would immediately ask some variation of “how is she doing?” Because this question was so ubiquitous, my office scripted our response: “She is working to make progress” and “She is devoting all of her time and effort to her recovery.” The less polite people would then ask, “When is she going to step down?”

This fun, challenging, and unique internship would eventually spark my interest in a possible career on the Hill. So I began to ask around to learn about the career path for the Hill—the cursus honorum of the legislative staff hierarchy. Fortunately, my inquiry revealed important negative aspects. Not only is D.C. cutthroat, but the ability to find a job is almost entirely dependent on who you know. While many professions may operate similarly, no one in D.C. will even look at your resume without a connection. Also, it is not really viable to live without employment in one of the most expensive cities in America. As a cautious person by nature, it did and still does not seem worth the risk to pursue a career with such high stakes placed in connections and luck.

Although D.C. is an amazing town, it did not seem to have a suitable career for me. Toward the end of the semester, my fellow co-workers seemed to notice my incompatibility with D.C.; they would sometimes refer to me as “the professor.” Coincidentally, I realized that my heart is in academia.

The only thing that I enjoy more than learning is teaching. This passion even revealed itself in my internship while giving tours of the beautiful Capitol building. Based on the concluding remarks of our guests, I seemed to particularly excel at giving tours; even better, I enjoyed giving them. With this realization, combining my passion for teaching and politics was the logical conclusion. This is how my semester in D.C. led me to pursue a career in academia as a professor in political science.

Becoming a professor will not be easy. I first have to find a Ph.D. program to accept me, where I will have to work to earn a Ph.D. in six or seven years. Then I will have to look for a faculty position at a college in a competitive job market. While difficult, this career path in academia will provide a life of stability and consistency, while satisfying my ongoing and fulfilling passions for American politics, learning, and teaching.

Besides the whole realizing-my-path-in-life experience, I had a blast in D.C. My favorite moment was seeing the First Family at the National Christmas Tree Lighting with Adani Sanchez ‘12. I have too many great experiences to write about, but I will include a short list. I saw the Constitution in the National Archives just after seeing Senator John Kerry speak in person about his perspective of the Supercommittee failure. The day that the American Jobs Act bill was released, I had the opportunity to discuss it with Congressman Paul Ryan, the current chairman of the House Budget Committee. I saw firsthand the encampment and operation of Occupy D.C., while wearing a suit. I also had a chilling elevator ride with Alan Greenspan. However, the coolest memory was on my 21st birthday when I had my first legal drink—scotch—in a Congressional office.