Margaret “Margie” Garner died November 25, 2015. She was the coordinator of collection management librarian at Abell Library from August 1998 through February 2004.

Virginia “Ginny” Davison Hall died October 2, 2015. The wife of Dr. Clyde Hall, professor emeritus of economics and business administration, Ginny was an active member of the campus community for many years. 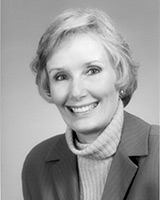 The Austin College community was saddened to learn of the death on January 5 of Honey Altman Minshew ’63 in Sherman. She served on the Board of Trustees from 1988 to 2000 and since has been a faithful member of the Senior Board of Trustees as well as an active alumna and advocate for the College.

Honey previously served as president of the Austin College Alumni Board and in a variety of projects on behalf of the board. Named a Distinguished Alumna of Austin College, Honey offered her talents for work on the Austin College Sesquicentennial celebration, inauguration and farewell ceremonies for President Oscar Page, and the inauguration for President Marjorie Hass in 2009. Honey also volunteered her time in the establishment of the Collins Alumni Center at Austin College. She and her husband, Robert ’63, have been dedicated supporters of the College, offering
generosity and encouragement for many undertakings.

Honey began her career as an elementary school teacher, but later created Petite Fleur Interiors and Design and excelled in interior design projects in homes and businesses, locally and beyond. She was very active in the Sherman community, organizing a service program, sponsored by Sherman Service League, for girls at Sherman High School. She served as president of the Grayson Rehabilitation Center board, was a charter member of the Sherman Preservation League, and was active in many community organizations as well as her church. Her contributions were recognized by the Sherman Chamber of Commerce with the ATHENA Award. 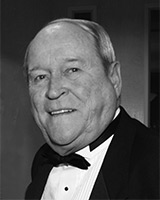 Alumnus, senior trustee, and friend Jerry E. Apple ’60 died February 13. A longtime supporter of Austin College, he served on the Board of Trustees from 2000 to 2013 and has been a faithful Senior Board of Trustees member.

Upon graduating from Austin College, he began a successful career in the telecommunications industry with General Telephone Company/GTE, which eventually became Verizon. He served in various capacities all over the country: Oklahoma, Connecticut, Georgia, and Hawaii, as well as several locations in Texas. After 26 years, he ended his career in Irving, Texas. He had joined the National Guard in 1961 and proudly served his country for five years.

A former member of the Austin College Alumni Board, Jerry served as president of the Alumni “A” Athletics Association. A 2010 inductee into to the Austin College Athletic Hall of Honor, Jerry has been a devoted attendee at Kangaroo football games in the football stadium that bears his name. Dedicated supporters of several college initiatives, Jerry and Joy, his wife of more than 44 years, were involved in many church and community activities in Irving, Texas. He was a member of the board of the Greater Irving/Las Colinas Chamber of Commerce as well as Irving
Health Care Foundation.

Memorials may be made to the Jerry and Joy Apple Challenge at Austin College.