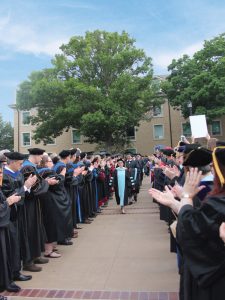 “We have transcended mere studenthood in the interests of starting a new story.” — Cody Edwards ’14

Sunny skies and smiling faces abounded for Commencement 2014 at Austin College. Led by College marshal Hunt Tooley, professor of history, the procession made its way from across campus to the Clyde L. Hall Graduation Court amidst a sea of family and friends. The traditional bagpipers accompanied as faculty split into two lines to flank the graduates as they marched. Faculty clapped as each of the 15 Master of Arts in Teaching degree candidates and some 255 Bachelor of Arts degree candidates passed by. The line slowed occasionally for a quick hug or handshake from a mentor, and always bright eyes were searching the crowd for special faces.

Cody Edwards ’14 spoke on behalf of his fellow graduates, telling a story of students who arrived on campus four years ago and began to find focus and transformation through their experiences at Austin College. But that story, Cody said, is done. “The group sitting in front of me is no longer the protagonist of that story. We have transcended mere studenthood in the interests of starting a new story. This ceremony is called Commencement. It is the preface to a story you will write yourself—a story in which you become a lawyer, or a writer, or maybe even president of the United States. And if you’ve ever tried to write a story, you know that it’s tough work.” Read Cody’s speech.

Words of encouragement for the soon-to-be graduates came in the Commencement address by Rotary International president Ron Burton. Read Ron’s speech. “Turning your dreams into reality is something all of you are getting ready to do. You’ve finished your college degrees, and you’re heading toward the next stages of your lives—whether that’s graduate study, or a job, or something you’re still deciding,” he said. “But whatever you do next, you will do it better, you’ll be happier in your lives, and you’ll achieve more if you aren’t living your lives just for yourselves. At the end of the day, you’ll never regret choosing to do what is right instead of what’s easy. And you’ll never regret the time you spent helping make the world a better place.”

Finally, came the Class of 2014’s chance to take the stage and receive diplomas from President Marjorie Hass, and then, the march out of the graduation court, smiles even wider and more dazzling, as the new alumni set out to face the world. 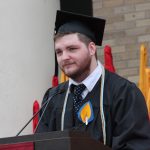 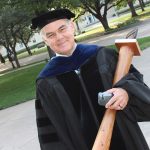 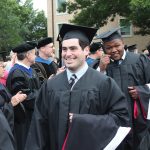 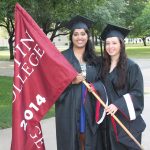 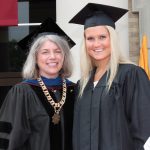 Each year, the faculty selects two outstanding graduates for special recognition. The J.C. Kidd and J.M. Robinson Medals are awarded, with no distinction between them, on the basis of students’ entire academic records. President Marjorie Hass presented the 2014 awards to Alexi Beeson of Kenai, Alaska, and Zhiwei “Jerry” Cai of Guangdong, China.

Alexi, who was captain of the Kangaroo basketball team and president of the Austin College Student Athlete Advisory Committee, as well as a Southern Collegiate Athletic Conference All-Academic honoree, hopes to become a strength and conditioning coach for a Division I college. She will intern this summer with the University of Kentucky and this fall with Ohio State University, in their strength and conditioning programs, before pursing graduate school in fall 2015. She completed majors in business administration and Spanish. 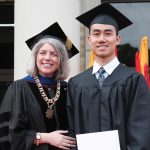 Jerry plans to find a job in software engineering or finance, perhaps in algorithmic trading or information system management to combined his interests in finance and economics with his knowledge in computer science. He is considering graduate school, but only after working for a time. He completed majors in computer science and international business and finance.

Commencement speaker Ron Burton received an honorary doctorate degree, along with Sallie Sampsell Watson ’78, who presented the Baccalaureate sermon in which she reminded seniors that happiness is often touted as a life goal, but the real goal, she said, is not to lose heart. Read Sallie’s sermon. “God has shaped and refined you for His good purposes that will only be evident in time as you continue the journey,” she said. “And as long as you can cling to that truth, dear ones, you will never have the opportunity to lose heart.” 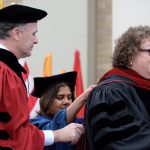 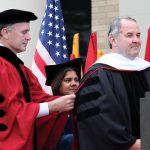 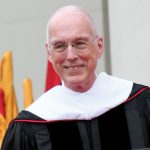 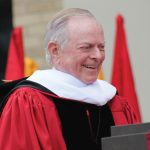