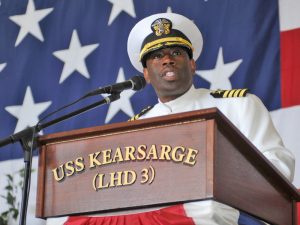 U.S. Navy Captain Dorian F. Jones ’84 became the 13th commanding officer of the amphibious assault ship USS Kearsarge (LHD 3) in a change of command ceremony aboard the ship on June 30.

He had served as the ship’s executive officer since February 2010.

Over the past three years, the ship’s crew has supported humanitarian relief operations and engaged in Operations Unified Protector and Odyssey Dawn in Libya.

After graduating from Austin College, Jones attended Army Command and Staff College and the Armed Forces Staff College. His awards include the Legion of Merit and Meritorious Service Medal as well as other personal and campaign medals. 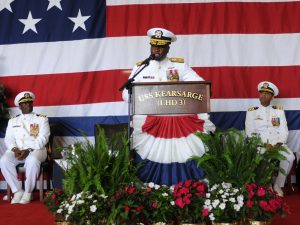 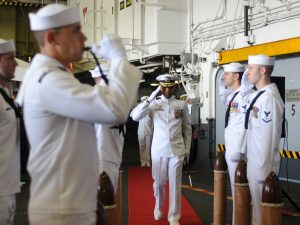