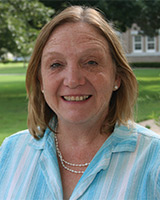 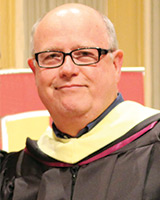 Ginger Chauncey, associate registrar, and John West, director of Abell Library, received the 2016 Homer P. Rainey Awards in recognition of outstanding achievement and service to the   College. A member of the Office of the Registrar staff since 1975, Ginger works with students from enrollment through graduation and has extensive knowledge of the College’s current and historical curriculum. West, who began work at the College in 1984, has been instrumental in bringing technological innovation to Austin College in the era of digital library services, while sustaining a commitment to the best of the age of print. Homer P. Rainey, a much-honored 1919 graduate of Austin College, had a distinguished lifetime career in higher education. 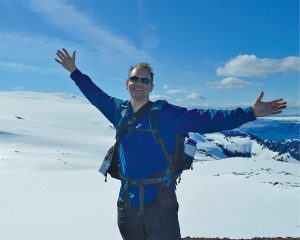 David Baker, Austin College professor of physics, was one of 10 Minnie Stevens Piper Professors announced in spring 2016 in recognition of superior teaching among Texas college and university educators. “My goal is to create awesome learning experiences for all students,” he said. “As a first-generation college student myself, I understand that each individual brings a different set of experiences—we all learn in different ways and get our intellectual sparks at different moments. Since curiosity drives so much of our learning, the process must be filled with awe.” Baker joined the Austin College faculty in 2000 and serves as chair of the Department of Physics and director of the College’s Adams Observatory, which houses one of the largest research-grade telescopes in North Texas. 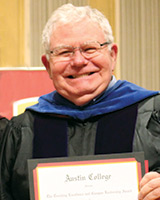 Dr. Light Cummins, professor of history and the Guy M. Bryan Chair of American History, received the 2016 Austin College Excellence in Teaching and Leadership Award. “I attempt to  communicate an honest zeal and an explicit excitement for my subject in every moment of my teaching,” he said. “I constantly attempt to appreciate every student both as a person and as an intellect, realizing that each undergraduate has a reservoir of talent and ability that I should help them to develop.” Cummins has been a member of the history faculty at Austin College since 1978. Widely recognized as an expert in Texas history, he served as State Historian of Texas from May 2009 through July 2012. 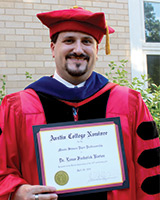 Dr. Lance Barton, associate professor of biology, was announced as the College’s nominee for the 2017 Minnie Stevens Piper Professor. “Austin College has many great teachers who all place great importance on educating the outstanding students we have here,” Barton said. “I have been blessed to have some truly amazing students who make each day in the classroom an exciting new adventure. I tend to measure my own success by the success of my former students, so to be identified by this award is very surprising, and I am very honored by the recognition.” A member of the Austin College faculty since 2003, Barton’s courses include cell biology, cellular physiology, immunology, cancer biology, human infectious diseases, and research and design of experiments. 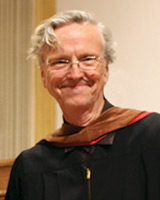 Mark Smith, professor of art, was installed as the Craig Professor in the Arts at Honors Convocation 2016. A member of the Austin College faculty since 1986, he is a painter with over four decades of experience working as a professional artist. He teaches courses in drawing, painting, and design.

See all of the Honors Convocation photos!