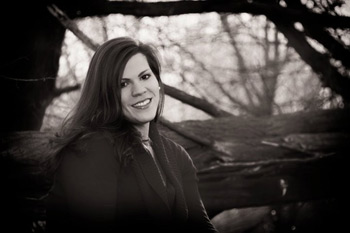 Amber Childress ‘07 wants you to save the trees.

But she isn’t a stereotypical tree-hugger. She spends more of her time in dress suits in Washington, D.C., than in dirty jeans in a national park. She’s more likely to be speaking to African delegates than protesting logging.

Amber works with the Terrestrial Carbon Group (TCG), an international group of specialists from science, economics, and public policy with expertise in land management, climate change and markets. At its most simplistic level, TCG translates complicated science into policies that enable countries to stop cutting down their trees.

“When you cut down trees, it sends carbon into the atmosphere, but it also stops the trees from taking carbon out of the atmosphere. It’s two-fold,” Amber explained.

It’s more complicated than just “save the trees,” though. Amber’s research deals with balancing whole ecosystems: trees, moss, and peat, down to the soil itself.

“On the broad level of climate change, the focus has been on fossil fuels. But what’s been left out of it —the terrestrial system. Everything but the oceans,” Amber said. Terrestrial carbon is up to “40 percent of the solution to climate change.”

Terrestrial Carbon Group wants to encourage countries to balance their ecosystems and preserve the carbon. It isn’t enough to save the trees: “Agriculture is really a big driver, so if you only address deforestation, it puts pressure on other types of land.”

Without a balanced approach, food would become scarce and drive up basic costs.

Amber’s team of five truly is international: She works in Washington, D.C., but her coworkers are in Sydney, Australia, and London, England.

She credits Austin College’s Posey Leadership Institute and interdisciplinary curriculum with teaching her to handle her work alone.

“Being on such a small team, we each take ownership of what we are doing. A lot of the structural models of the various aspects of the leadership I’ve learned have really been helpful—how to be a leader even if you aren’t ‘the leader,’” she said.

As a student, Amber also was involved in Model U.N. With TCG, Amber attended the United Nations Framework Convention on Climate Change Conference of the Parties in Copenhagen, Denmark in 2009 and in Cancun, Mexico in 2010.

Note: Amber will end her work at TCG this summer and pursue a master’s degree at Colorado State University in the interdisciplinary graduate degree program in ecology. She will continue doing similar work, with a focus on spatial analysis required to measure and monitor land cover and land use change.