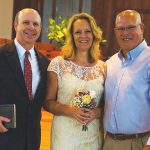 Margaret Winfield (MA ’86) and Dyke McMahen ’86 were married July 11, 2017. The couple eloped, and Dyke’s football teammate Clayton Oliphint ’83, pastor of First United Methodist Church in Richardson, Texas, performed the ceremony (pictured at left of the couple). Margaret is in her 33rd year in education, taking on a new role this year as school counselor for grades K-8 in Quanah ISD, and Dyke is a Texas game warden. The couple lives in Vernon, Texas, and Margaret continues to serve on the Alumni “A” Athletics Board. 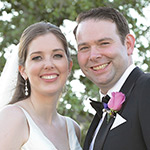 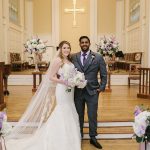 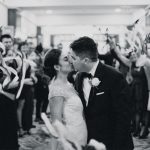 Summer Abubaker and Marcelo Migoni ’10 were married March 11, 2017, at the Adolphus Hotel in Dallas, Texas. The wedding party included Komal Mehta and Shukan Patel, both ’12. Marcelo is the science department chair at Quintanilla Middle School in Dallas. Summer earned her master’s degree in physician assistant studies in 2015 from UT Southwestern and works as a physician assistant at an OB/GYN clinic in Irving, Texas. 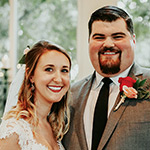 Lauren Tepera and Tim Smith ’13 were married August 18, 2017, at Ashton Gardens in Corinth, Texas. The wedding party included Philip Richardson ’13, Elizabeth Kubacki ’14, and Kelsey Jennings Roark ’14. Tim and Lauren live in Denton, Texas. Tim is a managing partner at Modern Woodmen of America and Lauren is an accountant for PrimeSource Building Products in Irving. 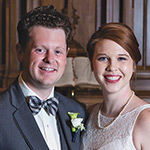 Taylor Crouch and Kelsey Dodson were married at Westminster Presbyterian Church in Minneapolis, Minnesota, on September 2, 2017. They met during their Communication/Inquiry class their freshman year at Austin College and have been together for the past six years. The wedding party included Alena Oglesbee ’14, Jordan Meredith ’15, Susie Fox Marshall ’15, Jorge Garza ’17, Nesh Maniam ’17, and Newt Cunningham ’17. Taylor graduated from the University of Minnesota with a Master of Public Policy degree in 2017 and now works for the Minneapolis Department of Civil Rights. Kelsey works for the ALS Association Chapter of Minnesota, North Dakota, and South Dakota. 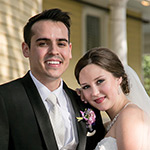 Bliss Froehlich and Josh Frey ’14 were married in McKinney, Texas, on July 16, 2016. Josh was a member of Chi Tau Chi at Austin College and Bliss was a little sister for his fraternity, as well as a member of Omega Zeta. The wedding party included bridesmaids Elizabeth Pargaman ’16 and Hannah Briscoe ’15, groomsmen Nick Inman ’14 and Kevin Lipscomb ’14, and ushers Jared Zimmerman ’13, Steven Phillips ’13, and Connor Patton ’14. Josh is a broker at an investment firm, and Bliss is teaching third grade in Coppell ISD. The couple lives in Grapevine, Texas. 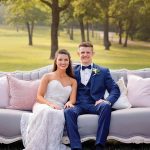 Ashley Murphy (MAT ’17) and Dakota Baugus ’15 were married May 27, 2017. Abinav Leva ’15 was a member of the wedding party. Dakota is a third-year student at the Texas A&M University  College of Dentistry, and Ashley teaches mathematics at Princeton High School.