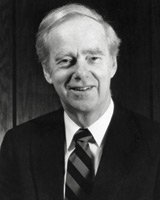 Dallas business leader Fred Meyer died September 25. He served as a member of the Austin College Board of Trustees from 1995 to 2007, when he moved to the senior board.

Also a leader in the business world, Meyer held a number of executive positions, including treasurer, with Aladdin Industries in Nashville, Tennessee, before joining Tyler Corporation in Dallas in August 1967. He moved up in management at that company and in 1970, was named to the executive committee of Tyler’s board of directors, and shortly thereafter, as senior vice president. He served as president and chief operating officer from July 1983 until December 1986. He continued to work with the company as a consultant until 1989. In May 1987, he was named president and chief executive officer of Aladdin Industries.

Meyer received his bachelor’s degree in mechanical engineering from Purdue University and a Master of Business Administration degree from Harvard University in 1958, graduating with highest distinction. 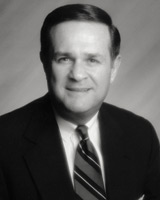 Very active in the communities in which he served as pastor, Mauzé was on the board of directors for Leadership Fort Smith and Arkansas Valley Habitat for Humanity. He acted as president on the Hospice House Board in Fort Smith, Arkansas; trustee for Sparks Regional Medical Center; and chair of the Pastoral Care Committee for Sparks Regional Medical Center in Fort Smith. In addition to serving on the Austin College Board of Trustees from 1987 to 1999, and then the senior board, he also served as a trustee for Lyon College and Presbyterian School of Christian Education.

Mauzé earned his undergraduate degree fromWestminster College in Fulton, Missouri; his B.D. from Union Theological Seminary in Richmond,Virginia, in 1962; and his Doctor of Divinity from Westminster College in 1977. He was ordained on July 22, 1962, by the Presbytery of Winchester, Synod of Virginia. 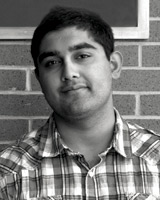 The Austin College community mourns the death of sophomore Amaud Hassan, 19, of Denison, Texas, who died in a single vehicle accident in Whitewright, Texas, on November 2. According to police reports, Amaud apparently lost control of his motorcycle on a curve.

Amaud was born on December 17, 1992, the son of Aziz “Azzie” and Mehfooz Hassan. He is survived by his parents, his brother, Saad, and his sisters, Sara ’13 and Anam, as well as many extended family members and friends.