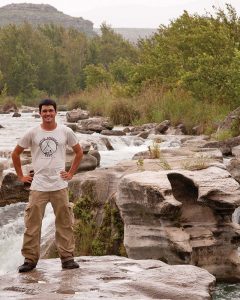 Since 2000, Austin College students have been awarded 31 Fulbright grants for assignments around the globe. That number includes three English Teaching Assistantship awards for 2015-2016, presented to Christopher Burke ’15 in Germany; Brittnay Connor ’14 in Colombia; and Sameen Wajid ’13 in Malaysia.

Christopher Burke ’15 developed a love of German language and culture in high school, and he continued that study at Austin College, highlighted by a study abroad semester in Berlin. His positive experience there prompted him to apply for a Fulbright Teaching Assistantship in Germany, having discovered how interacting with individuals from other countries can cause people to “learn about and bond with one another, despite their differences, thus challenging ignorance and intolerance through education,” he said. “We as individuals and as societies can stand to learn from each other when we tear down the boundaries that separate us. This award will provide me with the exciting opportunity to continue studying a language and country for which I have developed a passion, and to share my love of learning languages with others” as he shares his own language and culture. He takes inspiration from the high school teacher who taught him to love language learning.

Christopher plans to seek out opportunities to engage with the local community, focusing on learning about local government and politics, in keeping with his academic interests in foreign relations and social and environmental policy. 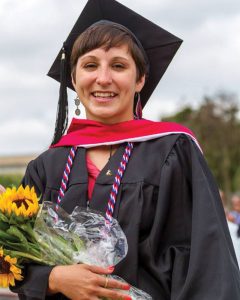 Brittnay Connor ’14 will teach at the Universidad de Valle in Cali, Colombia. Since graduating last year, she worked as a regional site coordinator for Reading Partners in Dallas ISD, a one-to-one reading intervention program for elementary school students. She also volunteered for Friends of Wednesday’s Child, a non-profit that provides educational opportunities for children in foster care. Having been in foster care herself, she delivered a poignant speech at the group’s spring banquet, nearly upstaging keynote speaker former first lady Laura Bush, by one media report.

During a semester abroad in Chile while at Austin College, Brittnay found a home she is happy to return to through the Fulbright program. “I stepped off the plane in a foreign country where they spoke a different language yet I felt brave and empowered, and I realized that I looked like everyone else,” she said. “Most Chileans assumed that I was Latina without asking; they skipped the awkward questions about my parents and my background. Instead, they readily accepted me.”

“Teaching is the other way that I define myself,” Brittnay said. “I am Mexican, a Latina, and a teacher. I love spending my day making learning fun, interesting, and filled with moments of discovery for my students. Even more so, I love giving my students the power to educate themselves, so that no one can take that away from them.” 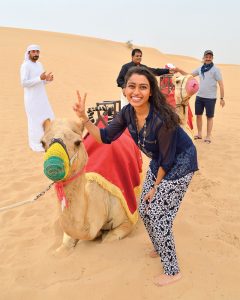 Sameen Wajid ’13 will teach English in Malaysia from January through November 2016. “As a second-generation Pakistani-American, I know firsthand how learning a second language expands one’s ability to communicate ideas, realities, dreams, and expectations,” she wrote in her application materials. “Combined with knowing how difficult it can be to learn English, I’m pursuing the opportunity because I want to make a difference in students’ lives by helping provide the gift of language, which was generously given to me. I’m also drawn to this opportunity because of what my students and the community in Malaysia would teach me through their culture and traditions.” Sameen plans to combine her passions for education, service, and cultural immersion by volunteering with the Child Information, Learning, and Development Centre to focus on combating the increasing school dropout rate in the country.

Since graduating from Austin College, Sameen has worked as a marketing associate at the Commit! Partnership, a Dallas-based education nonprofit. “I believe students can be the greatest teachers in respect to cultural awareness and understanding, and I am looking forward not only to be a teacher in Malaysia but also to be an active learner.”