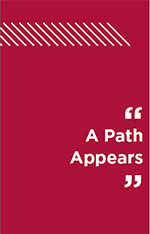 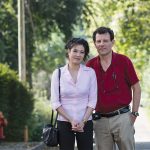 Austin College recognized human rights activists Nicholas Kristof and Sheryl WuDunn as co-recipients of its 2016 Posey Leadership Award on March 22. The husband-and-wife team spoke on campus and met with student groups that day before giving a presentation at the Global Outreach Forum that evening in Dallas at the Perot Museum of Nature and Science.

The Pulitzer Prize-winning journalists have called women’s rights the moral issue of this century. While writing for The New York Times, the two reporters saw the oppression and injustices endured by women around the world. 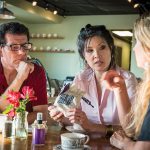 They also found hope and inspiration in the stories of individuals who are attempting to make a difference. Hope inspired the founding of their Half the Sky Movement, dedicated to raising awareness about the widespread mistreatment of women and girls around the globe and to empowering those women and girls to create change in today’s society. Kristof and WuDunn’s latest initiative, A Path Appears: Transforming Lives, Creating Opportunity, features a book and a documentary that provide evidence-based research and solutions regarding the worldwide problems of sex trafficking, poverty, and gender-based violence. 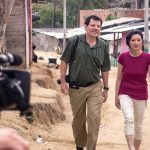 Kristof has written about economics, human rights, global health, and poverty on six continents. WuDunn, a business and banking executive, has written for and held management positions with The New York Times, as well as other outlets. After receiving a Pulitzer Prize for their coverage of the Tiananmen Square movement in 1990, the couple founded the Half the Sky Movement. Since its creation, the organization’s multimedia initiatives, including documentary screenings, games, and cutting-edge interactive elements, have reached millions of people. The Half the Sky Movement partners with TOSTAN, Women for Women International, BRAC, Heifer International, Grameen Foundation, Save the Children, International Justice Mission, and many more notable organizations.

In addition to A Path Appears, Kristof and WuDunn have written three other bestsellers: China Wakes: The Struggle for the Soul of a Rising Power (1994); Thunder from the East: Portrait ofa Rising Asia (2000); and Half the Sky: Turning Oppression into Opportunity for Women Worldwide (2009).