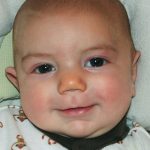 A son, Sawyer Ross, was born to Robert and Kelly Pickering O’Hair ’89 on December 10, 2010. The family, including big brother Spencer, welcomed the baby home in Allen, Texas. 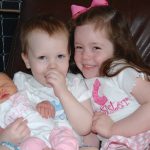 A daughter, Annabelle Grace, was born to Elizabeth and Strickland Tudor ’98 on August 24, 2011. Annabelle is the couple’s third child, joining siblings James Strickland and Claire Elizabeth. The family lives in Leawood, Kansas, a suburb of Kansas City. Strickland is the group sales manager for a division of Enterprise Holdings and recently was selected to the Greater Kansas City Chamber Centurion Leadership Program. 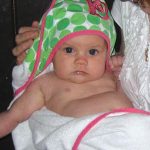 Chad ’99 and Katharine Currie Carey ’00, welcomed daughter Bernice “Birdie” Parker on March 16, 2011. In November 2010, Chad opened a San Antonio restaurant, “The Monterey,” which was mentioned in the September 2011 issue of Texas Monthly. Katherine is the director of education at McNay Art Museum in San Antonio. 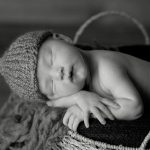 A son, Gabriel Douglas, was born to Joe ’99 and Meghan Wasson Jordan ’01 on June 1, 2011. Meghan received her M.B.A. from the Kellogg School of Management at Northwestern University in June and is a strategic marketing analyst with American Airlines. The family lives in Irving, Texas. 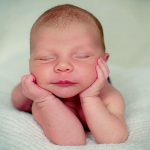 Caden Kenneth was born on August 12, 2011, to Kenneth and Leslie Woerner Drake, both ’01. Kenny is a certified wound care nurse at LifeCare Hospital in Plano, Texas, and Leslie is in her sixth year of teaching physics and AP physics in Frisco ISD. 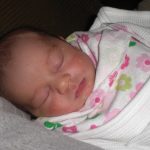 A daughter, Julienne, was born on March 18, 2011, to Nicole Kuiper ’00 and Jay Kleine, who married in 2009. Jay works in Las Cruces, New Mexico, for an advertising and marketing firm. Nicole is a physician assistant and works at a neurology and sleep medicine clinic in El Paso, Texas. 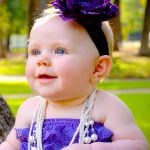 A daughter, Tessa Lynn, was born on March 22, 2011, to Charlie and Kristin Orsak Robinson, both ’03. The family lives in Lewisville, Texas. 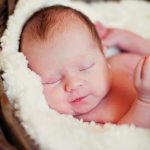 Chris and Lauren Vincent Douglas ’04 welcomed their daughter, Sadie Clair, on May 5, 2011. The family, including sister Alyvia, lives in Montgomery, Texas.