Home » Issues » Winter 2014 » Making A Difference in the Natural World 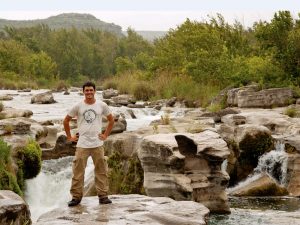 Environmental studies major Christopher Burke ’15 had a summer adventure that may well change his life and his future. He doesn’t know exactly what career path he will take; he just knows he wants to positively impact his world.

The Selah Bamberger Ranch Preserve is a 5,500-acre restoration project in the Texas Hill Country between San Antonio and Austin. Mr. J. David Bamberger founded the ranch in 1969 to fulfill his lifelong dream of restoring a piece of degraded land back to its natural health. By clearing most of the invasive Ashe juniper trees, planting native grasses, and carefully managing wildlife populations, with time Mr. Bamberger and his staff have had a great deal of success in revitalizing the native grassland ecosystem, as evidenced by the return of natural springs, dramatically improved biodiversity, and a greatly increased system-carrying capacity. The Selah Bamberger Ranch stands as a shining example of how we as a society can go about restoring and conserving our natural resources and why this kind of work is important.

As an intern in summer 2014, I assisted with four general types of tasks on the ranch: basic maintenance of the property, “people ranching” or public education events, scientific research, and conservation projects. Maintaining the ranch’s natural state and preparing it for visitors were basic day-to-day undertakings. These activities, typically under the direction of the ranch biologist, Mr. Steven Fulton, included trapping feral hogs, lawn care for areas where guests were staying, trail repairs and clearing, watering trees, and working in the native plant nursery. 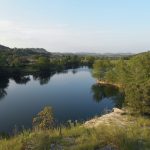 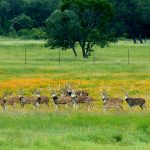 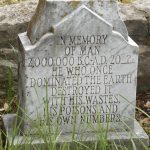 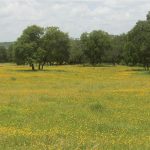 “People ranching” involved helping out with various public events, including field trips with local students, public tours, and Camp Selah. The field trips and public tours, led by Mr. Fulton and the ranch’s executive director, Ms. Colleen Gardner, allowed students and guests to visit the ranch and learn about both its history and the broader environmental implications of restoration work. Camp Selah had a similar message of encouraging an interest in science, nature, and conservation, but took the form of a weeklong nature camp for middle-school-aged children. During their week on the ranch, the kids had a variety of opportunities to swim, hike, stargaze, participate in science experiments, search for wildlife, and explore the natural world. These events worked toward fulfilling the ranch’s mission of educating the public about the importance of conservation and connecting with nature.

The scientific research portion of the internship consisted of assisting the ranch zoologist, Mr. Jarod Holmes, in setting up for and conducting an evaluation and inventory of the ranch’s small vertebrate populations. Mr. Bamberger is interested in learning more about what species of animals he has on the ranch and establishing base numbers of the various populations for future monitoring. While on the ranch, I had the opportunity to assist in some sight surveys, searching for reptile and amphibian species along the roads and trails, and to help prepare for more extensive passive and active trapping by digging pitfall traps, constructing drift fences, and making cover boards.

Lastly, as an avid naturalist and conservationist, Mr. Bamberger has taken on a variety of pet conservation projects, ranging from constructing a manmade cave for Mexican free-tailed bats to managing a herd of an endangered African antelope: the Scimitar Horned Oryx. The two projects with which I helped the most, however, were an assessment of the ranch’s Northern Bobwhite quail population and a survey of the endangered Texas Snowbell tree. The quail study was part of a statewide effort by the Texas Quail Index to monitor the state’s quail populations. It involved conducting call count surveys, setting up dummy nests to determine potential sources of predation, and doing habitat evaluations. The Texas Snowbell survey was a five-day trip to several ranches along the Nueces and Devils rivers. Over the past decade, Mr. Bamberger has worked with ranch owners in the area to protect and revive this endangered species. Our trip this past summer focused on counting surviving trees, finding ones that were mature and reproducing, and removing fencing materials from areas where planted trees had not survived.

This internship was an incredible experience. I greatly enjoyed the work and firmly believe that restoration and conservation will play an increasingly important role in our world. Though our society typically defines progress as increased consumption and material prosperity, the most important message I learned at Selah was that this does not have to be the case. The continued survival and success of our species depends on our taking time to reflect on our relation to nature and working toward reducing and reversing the negative impacts we have had on the natural world.