Women in the Sciences … and Other Challenges 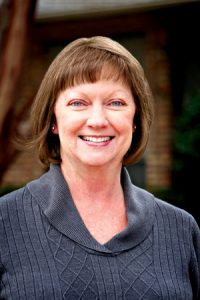 Shirley Duke ’73, M.A. ’74 spent nearly 25 years teaching elementary and middle school in San Antonio,Dallas, and Garland schools. She now writes non-fiction science books for children and young people, her way to continue teaching beyond the classroom. Shirley and her husband split their time between their home in Garland and a cabin in the Jemez Mountains of New Mexico. In addition to writing non-fiction books, she writes for a number of blogs, including NOVA.

I recently wrote Dr. Jack Pierce, thanking him for introducing me to environmental biology. I remember his genuine smile and sincere demeanor when answering my numerous questions. The course, a cutting- edge field in the early 1970s, changed the way I thought about what science meant to me. My first two test grades resulted in a “C” and a “D”—and I knew I had to get serious about my chosen subject. I managed a “B” on the next test and an “A” on the final exam to redeem myself.

I loved science, and the knowledge I learned from my area of concentration served me well as a science teacher. But it wasn’t until I began writing science for children that I looked back at my science background through different eyes. It dawned on me how few women were involved in science when I attended Austin College. At the time, I was oblivious to how outnumbered women were. I was doing what I liked and never noticed. It was my environment. Times were changing, but more traditional sex roles still prevailed in the early 1970s.

Today, from the perspective of 35 years or so, it seems strange that fewer women concentrated in science, even considering the times. When I entered Austin College, only women had curfew, men and women lived in separate halls, and pantyhose were worn under dresses. I had to wait until my junior year to take the January Term “Desert Biology” course. As a lone female, I couldn’t go in my sophomore year, but fortunately another woman signed up to go the next year. I appreciate Dr. Pierce for including Linda and me in that group. By the time I left Austin College, nobody had curfew, coed residence halls (with locks!) existed, and elementary school teachers could wear pantsuits.

These days, more women are choosing STEM (Science, Technology, Engineering, and Math) fields, but men still far outnumber them. A big push is on to incorporate those subjects in schools nationwide to keep up with the demand for future jobs and to keep the U.S. competitive in the world. Beginning early in elementary schools, STEM subjects will be taught in order to catch the students’ interest from an early age. Grab them young to interest them in science!

Aha! I thought. That’s exactly the reason I entered elementary education with a biology degree. I wanted to share the joy of science with kids and interest them in the subject right away. In my early years of teaching, I got to do that—albeit with other subjects. If only STEM had been the emphasis then. Over the first 10 years I taught school, science was one of many subjects, including art and ESL. At that time, elementary schools weren’t set up to focus on science as a subject, so I decided to move to middle school, with the opportunity to teach only science. Those years were some of the most exciting and memorable I spent in education.

Sparking the interest of children and young people in science is no longer a choice. It’s become necessary to stay current in the world. And while I left the field of formal education, I unwittingly began to instruct through my writing. I’ll always be a teacher at heart.

From the science department at Austin College I learned to focus my interest and love of this subject. I remember some of my professors from other courses, but I knew the biology professors on a far closer level. Dr. McCarley would call my residence hall to invite me to go coyote calling—I got great results. Dr. Pierce led the camping, unwashed group on “Desert Biology,” while Dr. Buscher entertained with tales of parasite collecting. Looking back, I see that I have done what they did; my audience was simply younger. I received a terrific education from excellent science and education departments, and now I have a second opportunity to challenge and inspire children.

Austin College always will remain with me. The education allowed me to do what I loved.

Even now, every now and then, I’ll give the coyote call to special people. And the coyotes still answer.

The opinions shared in this column are those of the writer and do not necessarily reflect the views or policy of Austin College, its administrators, or its Board of Trustees.