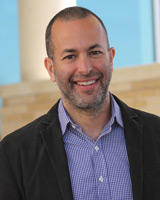 Dr. Nathan Wolfe, dubbed “the Indiana Jones of virus hunting” received the Austin College Posey Leadership Award for 2014 in recognition of his service on behalf of global health. The pioneering epidemiologist works in the jungles of Africa and Southeast Asia, examining the transmission of deadly viruses such as HIV or SARS to help prevent such viral threats from emerging as the next world pandemic. He spoke to students, faculty, staff, and guests on campus as well as at the College’s annual Global Outreach Forum at the Perot Museum of Nature and Science.

The 43-year-old scientist has been included in important lists of the world’s most influential people, including the Time “Top 100,” the Rolling Stone “100 Agents of Change,” and among the Popular Science “Brilliant 10.” He also received the National Institute of Health Director’s Pioneer Award. Wolfe is the founder and CEO of Global Viral, a not-for-profit organization that promotes understanding, exploration, and stewardship of the microbial world. The group supports and links over 100 scientists and staff from countries around the world to address the most important global infectious disease threats.

The Austin College Posey Leadership Award was created in March 2005 through the generosity of Sally and the late Lee Posey, founder of Palm Harbor Homes. The annual award honors outstanding individuals who, through their work, have demonstrated the principles of values-based servant leadership on a global stage. 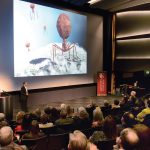 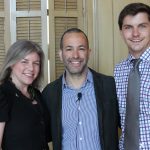 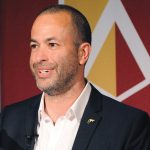 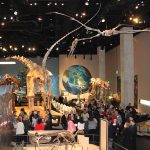