A chilly evening didn’t begin to put a damper on the joyous mood on Jonsson Plaza as faculty, staff, trustees, friends, and students joined President Marjorie Hass for the official dedication of the IDEA Center in November 2013.

“The beautiful building behind me—and the living laboratory all around its exterior—gives us great reason to celebrate today,” said President Hass. “As the largest capital project in the history of the College, this IDEA Center truly required tremendous efforts—perhaps some blood, sweat, and tears as well—from the entire Austin College community and our many good friends. I am pleased that so many of you are able to join us in the dedication of this facility. … Thank you, trustees, and each friend here, who played a role in seeing this ‘idea’ become a reality.” 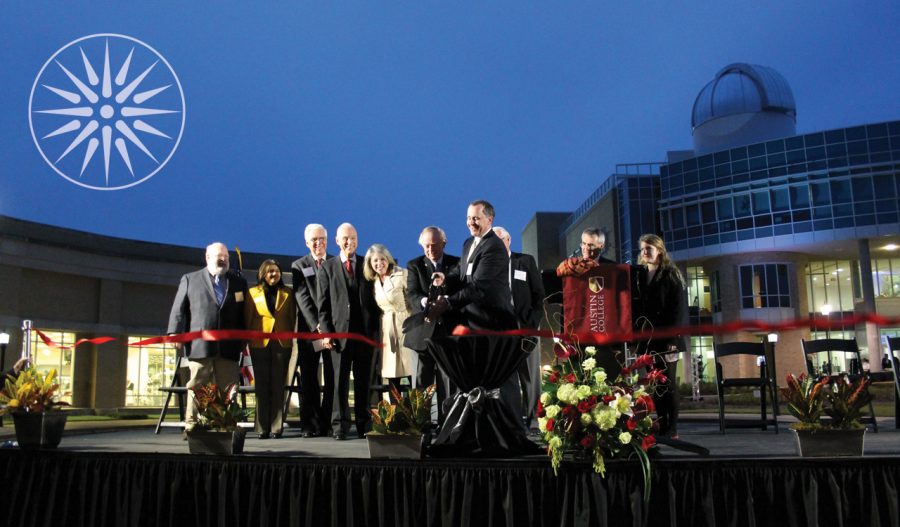 From its inception, the IDEA Center was intended to be a “green” building, and the design and construction included steps to reach LEED® Silver in a rating system established by the U.S. Green Building Council and verified by the Green Building Certification Institute (GBCI). LEED is the nation’s preeminent program for the design, construction, and operation of high-performance green buildings. Many elements were considered, and in April, the decision arrived with an added bonus: the building was awarded LEED Gold. “This certification is an important affirmation of this effort and one more element of our campus-wide focus on sustainability and environmental awareness, as well as our commitment to the goals of our Thinking Green initiative,” said President Hass. 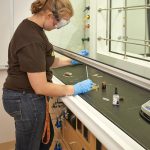 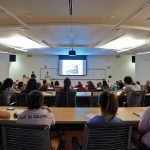 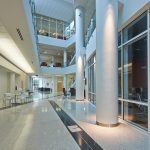 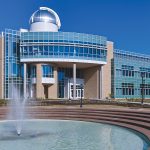 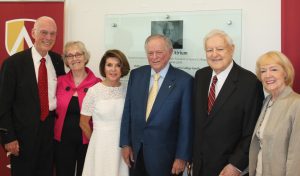 The IDEA Center was still in its first year at Commencement 2014, and every opportunity had been taken to highlight the new facility. So, that location for the annual post-Commencement brunch for trustees and special guests raised no questions. Quite a surprise was planned, however, for President Emeritus Oscar Page, who had received an honorary doctorate at the ceremony that morning and so had many special friends and family members in attendance. Former Board of Trustee chairs Robert Johnson ’53 and Robert Wright, along with President Hass, delighted in rendering Page speechless as they announced the naming of the center’s Oscar C. Page Atrium. The $1.2 million raised for the naming gift will support scholarships. Wright and Johnson spearheaded the funding and made the leadership gifts.

See photos from the atrium dedication.