Studying abroad is the absolute best decision you can make as an undergraduate. 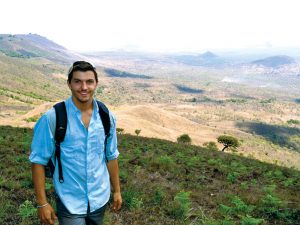 There, I said it; it’s out there. Pursuing a career and making lifelong friends are noble pursuits, but nothing will permanently change your life (and you as a person) as much as studying abroad.

I spent Fall Term 2013 doing ecology and environmental studies work in Kenya and Tanzania with The School for Field Studies (SFS). I received College support from the Kenneth and Caroline Elbert Taylor Endowed International Scholarship and the Jim Knowlton Memorial Scholarship for Travel Abroad in addition to a scholarship from African Safari Consultants that helped with my trip. (Imagine my surprise when I spoke with African Safari Consultants partner Jeffrey Ward and found he is a 1983 Austin College alumnus.)

The study abroad experience was truly unforgettable; we did something new every single day. It ranged from hiking in the steppes of Kilimanjaro to riding in Land Cruisers to performing animal censuses for Kenya Wildlife Service in Amboseli National Park. The interactions with the local community were so personal and made me realize that we should be happy about everything we have in life when they can do with so little.

One of my favorite experiences was camping out in the Serengeti on expedition. We camped in canvas tents in an area where elephants and zebras were common visitors during the day, and lions and hyenas were common during the night. 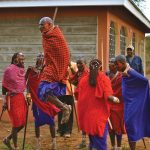 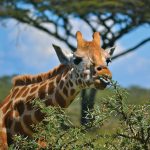 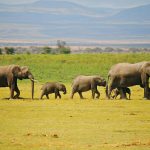 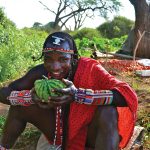 It had the highest density of big cats of all of the places we had been; we saw lions hunting, cheetahs feeding and resting on termite mounds, and leopards pulling Thomson’s gazelles into trees for a late afternoon snack. We spent the days hearing lectures from park officials, and going on game drives to practice observational data collection techniques. We also had a day off to spend at the buffet and swimming of a tourist lodge.

The landscape seemed as if it had been cut out of modeling clay. In Kenya, our camp was in the valley of a rift, and we had a perfect view of Mt. Kilimanjaro. You could see the mountain from camp while showering in the outdoor showers or working on your homework. In Tanzania, we were on the wall of the Gregory rift; you could see for miles into the rift from a hill next to our camp.

Through the SFS-directed research program, I was able to conduct a research project on African elephants. I studied stress correlates using temporal gland streaming as an indicator. In “English” that means I looked at the sides of elephants’ heads (think of the temple region of the head) to see if fluid was coming out of a gland. The secretion has been linked to stress, so using some advanced statistical modeling, we were able to rank what conditions were stressing the elephants the most. To keep it short, we found that age, group size, and gender makeup of the groups play a large role in determining stress levels. My supervising professor, Dr. John Kioko (SFS), will submit the paper for peer review later this year. The research experience was a lot of fun, and getting to be outside with elephants was unforgettable.

While the course load was rigorous and the research was intensive, I wouldn’t have changed a thing. I mean, who can really say that their Masai friend taught them how to throw a spear and roast a goat on a campfire? The experience is one that you will get on no other study abroad program. I would recommend it a million times over.

Kris received The School for Field Studies (SFS) Distinguished Student Researcher Award for his elephant studies. The award recognizes excellence and diligence in research and teamwork and leadership during the semester program as well as demonstrated sophistication in research design, field work and reporting, and contribution to the center’s research plan. The SFS advisor for the project said that Taylor’s work contributed to the long-term elephant studies and understanding of elephant physiology in the wild.