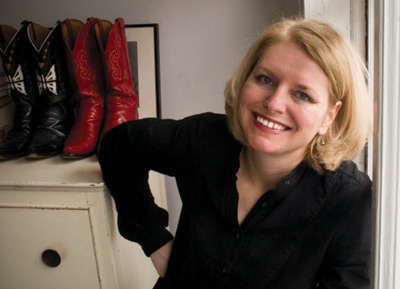 From the spicy to the succulent, the savory to the sweet, Lisa Fain ‘91has a taste for it all. And she shares her discoveries—and, more importantly, her recipes—online, where she is known as “The Homesick Texan.”

Lisa originally moved to New York to pursue a writing career. Now, she is a full-time blogger and cookbook writer, thanks to her blog.

She began blogging in 2005, mostly for her family, but she started cooking much earlier.

“It’s interesting: no one in my family is a professional cook, but we all love to cook. It’s just something we do a lot. I think I took one class on ‘how to use your knife,’ and that was the only cooking class I’ve ever taken,” she said.

The English major started teaching herself to cook as an Austin College student, making cheap meals for groups of hungry classmates. But she felt drawn to writing, so after college she lived in Houston and Austin, trying on different writing careers.

In 1995, she packed up and moved to New York City, and again found her love of cooking. By day, she climbed the ranks of the corporate ladder at Advertising Age, eventually becoming an associate editor; at night, she hungered for Texas flavors. 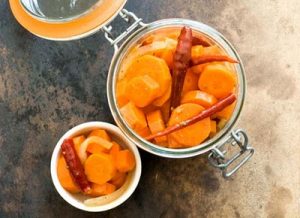 “One of the first things I noticed was that Texas food just couldn’t be found. My friends and I would try to cook the foods we loved from Texas, because we just couldn’t get it anywhere,” Lisa said.

But even cooking from scratch had its obstacles.

“For me, it was chili powder. It was a really basic ingredient, but I couldn’t find it in New York, or if I could, it wasn’t very flavorful. I live Manhattan, so for me it meant exploring beyond Manhattan. There are some strong thriving Mexican communities, and there I would find their groceries with dried chilies and things like that. It meant going back to basics with the ingredients I did find here,” she said. “The other thing was hot sauce; the only things you could find were brands from Vermont or Connecticut, and you could drink a whole bottle without getting any heat. So I started making my own salsa.”

She had grown up in Dallas and Houston, spending summers in north Texas on her grandparents’ farms in Grayson and Collin counties. As a result, she relishes Texas flavors from Cajun boudin to corny dogs, kolaches to quesadillas.

“I think what’s cool about Texas is how diverse it is; every place in Texas has its own unique charm that makes it special and cool.”

In short, she had a lot to miss, even as she loved her new home.

“It sounds cliché, but it is an exciting place. You go on the street and there is always something happening. There’s so much art and theatre and film and music, and it’s almost overwhelming. The bounty of culture here is what attracted me,” Lisa said. 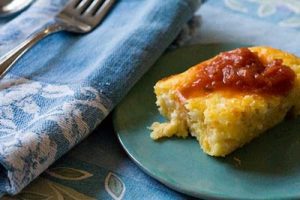 It was the discovery of New York’s high-speed culture that made Lisa’s love for Texas’ slower pace and how-do atmosphere blossom, and in September 2005, she officially became the Homesick Texan. She launched her blog to stay in touch with her Texas-based family, and began documenting her Texas-in-New York meals.

Besides her passions for writing and cooking, Lisa loves photography. “I would go on vacation and I’d come home and show my pictures, and over half would be of the meals I ate. The blog just seemed like a good place to combine those passions.”

By the next year, her luscious food photos and mouth-watering recipes had begun to draw a following. She began posting more regularly and with a stronger food focus, but she kept the story aspect. She writes about her life, her family, and, of course, Texas.

In her blog post about chicken fried steak, for example, she writes:

“It’s been said there are three food groups in Texas: Tex-Mex, barbecue, and chicken-fried steak. And as chicken-fried steak is also known as the (unofficial) state dish of Texas, I can’t think of anything more appropriate to serve on March 2, Texas Independence Day.” 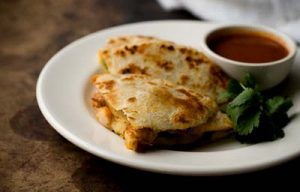 Lisa constantly tests recipes and researches Texas facts to enrich her blog. Her grandparents’ Texas farms both have existed since the 1840s, and her family has kept many primary documents. She flavors her posts with updated versions of old family recipes—and original innovations. She explains the Spanish meaning of al carbon for tacos al carbon—thanks in part to her study of Spanish while at Austin College—and the mystery of whether an old recipe was buttermilk or chess pie.

Her loyal online following and never-ending list of recipes landed Lisa a book deal, and in September 2011, she will release The Homesick Texan Cookbook.

“Two-thirds of the cookbook will be new; 50 recipes will be old favorites from the blog, but 100 haven’t been on the blog,” she said.

She’s keeping the blog active—she publishes a recipe a week, and tests one to two new recipes a day. In May 2010, she was able to quit her day job and become a full-time Texas food writer, both for her blog and her cookbook. And she’s hoping this book won’t be the last.

“When I started, I was afraid it would be really finite—that as soon as I covered cheese enchiladas once, I would run out of material. But there’s no shortage of recipes,” Lisa said. “Texas is a very rich field to plow.”