An “Insider’s” Look at the Middle East 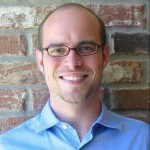 Michael Dorsey ’02 completed a master’s degree in Middle East studies from American University in Cairo as a Rotary Ambassadorial Scholar in 2004-2005. He lived about 300 meters from Midan Tahrir (the Tahrir Square) that was home to recent political protests in Egypt. He said he walked through it a couple of times a day to get to school, buses, and restaurants. “One of the most surprising observations about that area and all of Cairo was the number of military and police dressed in white, protecting tourists and others at nearly every intersection in the city, but particularly in Tahrir square,” he said. “Frequently, we would see barricades and huge trucks full of police moving to different areas around the city, so it was unbelievable to see so many youth filling the area in what was the central feature, really, of the entire country.”

Michael provided the following reflections on recent happenings in the Middle East.

I went for my M.A. in Egypt, post-9/11, with the primary goal of understanding what was going on in the region. I wanted to understand why people felt so desperate that they would kill themselves in order to make a statement. I came away with four key observations:

(1) Demographics: a disproportionately large percentage of the population in nearly every country in the region is young. In previous decades, when countries like Egypt and Algeria were experiencing an oil boom, so many children were born in what seemed to be booming economies. Now that so much of the oil has dried up and other parts of their economies have stagnated, the large, young demographic is now reaching an age at which they need to earn a living.

Compounding this, the prospects for future employment for all but the most fortunate youth is very bleak. There are not enough jobs for the existing adults, while the regions teens are reaching workforce age at a record pace. Many are left hoping to work in part-time, government jobs in bloated national bureaucracies, or in menial labor—have no real prospects for work at all. As a result, there are literally tens of millions of youth across the region who know that their career opportunities will be limited. And if you have 100 million young men who don’t believe they have a future, they are extremely vulnerable. How difficult is it to drive just a handful of them to become extremely radical, when you have a pool of tens of millions of depressed and impoverished young people?

(2) Resource Scarcity: Added to this, the population of countries in the Middle East and North Africa have essentially outgrown the agricultural and water resources available to them. As most of the landmass in the region is desert and the booming populations now rely on a handful of large rivers for their water supply, the economic challenges are further compounded by this resources scarcity. Without sufficient access to water, everything else in life and business becomes more difficult. 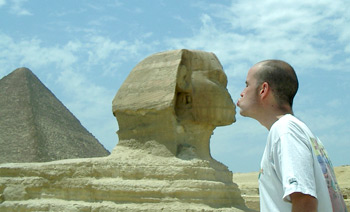 (3) Information Access: Importantly, there was also a lack of access to information. During one sociology class I took at the AUC, one topic in our texts explained how information was transmitted among the illiterate citizens of Egypt. Rather than reading newspapers, it was common for people to get their information through cassette tapes that were distributed by local religious leaders. The point of the research was that instead of looking things up on the Internet and challenging the things their governments were saying, many people had one or two limited sources of information and few resources from which they could get more information.

Even for those who could read, information flow was certainly restricted. For example, in Egypt, one of my good friends worked as a writer at one of the English-language newspapers. He had to self-censor everything he wrote … nothing negative about the government, about Mubarak, or any one of several other sensitive topics was strictly forbidden. It was a well-known reality that the newspaper would be immediately shut down by the national government should it test these restrictions. Now I am sure that things have changed and that this is not the case in every country in the region, but many of the things we take for granted about information flow were not true in Egypt and other parts of the region.

(4) Regime Incentives: One thing I really wanted to understand was why many of the people of the Middle East blamed the U.S. for their difficult situation. Granted, there is plenty of room to criticize different aspects of the U.S. foreign and economic policies, but I wanted to understand why the West had become so vilified among the youth of the region. I didn’t understand why so many youth directly attributed their troubles to this image of a sinister West. One interesting aspect that I personally came to believe about this phenomenon was that the national governments’ incentives were to sustain their own control, and so it was in their interests to point the finger beyond their borders, toward an easy target for blame: the West. Rather than hold themselves accountable for failures that were as much their fault as the West’s (i.e., an inability to build strong educational systems and to overcome the challenges of developing solid economies), it was expedient to allow their people to believe that the West deserved the blame for all of it. 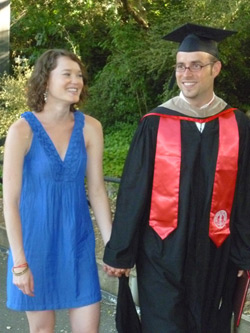 Finally, some positivity. While I am not proud of every aspect of our nation’s foreign policy toward the region, I am somewhat grateful that our society has helped usher in a profoundly different form of information flow in the region. Now that I live within walking distance of Facebook and near the birthplace of Twitter, Google, and so many other companies … I am proud that these Western services have created a situation where people can share information among themselves, organize themselves, and create a new form of democratic process that prevents autocrats from preventing their citizens from learning and mobilizing. I realize that the changes underway are frightening to many, but I truly believe that a more well-educated and informed public will make better decisions, regardless of where they are from.

And my number one hope for the region, both for the sake of its inhabitants and for U.S. national security interests, is that the countries of the Middle East and North Africa can begin experiencing economic growth and continue to receive greater access to education and jobs. To the extent that the U.S. can contribute to this development, we will help hundreds of millions of people, and also limit the number of people who are vulnerable to being convinced that it is the fault of the West.

Michael and his wife, Joan (Youngblood) live in Stanford, California. Michael is co-founder and managing director of Sagax Media, providing online marketing for small businesses. He completed study at the Stanford Graduate School of Business in 2010.