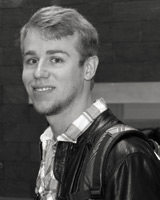 Steven Phillips ’13 picked up a camera during a family trip to Italy during spring break 2011—and discovered a talent and a love for photography. A previous family trip had exposed him to Australia—something else he loved. So, when he learned of a summer study abroad program for photography in Australia “Edge of the Outback,” he was quick to sign up.

“I look for any excuse I can to get myself to Australia,” said Steven, who had spent summer 2011 in study there and in New Zealand. The 2012 program offered his first course in photography, with basic instruction and critique of students’ work. Most of the 20 students in the course were American, many from the East Coast, and most were women. Steven was one of three males.

The terrain of the outback, he said, depends on the part of the country, but that this summer, what he saw was fairly flat, and the group could see for miles to the horizon. They saw a lot of bushes and shrubs as well as a few hills and some interesting gorges—and lots and lots of kangaroos and emus. “We were doing a lot of landscape photography and our instructions were to break the mold and find our own niche,” Steven said. “We traveled to an old mine with a lot of old equipment. I got into shooting the textures.” 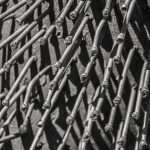 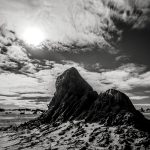 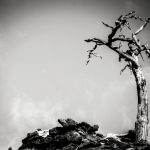 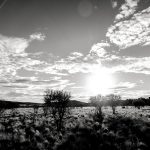 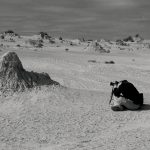 The class made quite a splash in Mildura, a small town fascinated by the group of photographers. They were interviewed for television and newspaper there. The town also was the site of the group’s gallery exhibit at the end of the course. 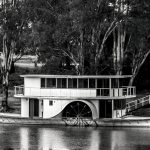 Steven, completing a major in psychology and a minor in English, is considering graduate school in psychology or pursuing photojournalism. “I have a lot of fun with photography and people seem to enjoy my photos,” he said. “I see no reason to stop.”

Steven is a photographer for the Austin College Observer, historian for Chi Tau Chi fraternity, and member of the Psychology Club.