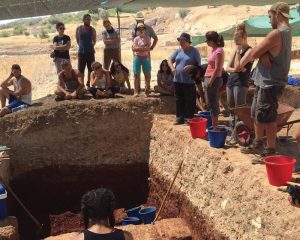 The ancient city of Sicyon lays buried deep under the topsoil on a low plateau near the sea of Corinth. Centuries ago, the city was a major player for the arts and sciences. Today, a quiet village nearby hosts dozens of college students who come from all over the world to excavate its treasures for the archeological season.

Dr. Martin Wells, Austin College assistant professor of classics, traveled with Jon Moore ’19 and Ashley Hernandez ’17 in July 2016 to work at the excavation site where he is field director. “The two most important things I hope they come away with are an appreciation for other cultures and an appreciation for the past,” Wells said. “We aren’t alone on this planet, and meeting people and making friends from other countries lets us keep that in mind. Studying the past also helps us keep perspective—the great civilizations we study and dig up in the field thought they would last forever. But, like them, we’ll all end up covered in dust someday.” 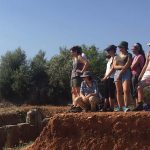 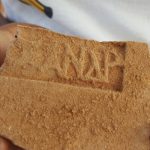 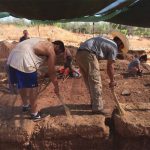 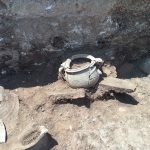 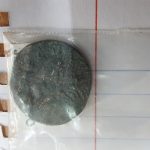 The students and supervisors spent six weeks in the Greek sun moving topsoil by wheelbarrows and ultimately feathering away the dust from artifacts with delicate brushes. “One of my favorite finds was a coin I found in the Monolith room of the Roman industrial complex where we were excavating,” Hernandez said. “They were able to identify Julia Domna, Emperor Septimius Severus’ wife, on it. The context of the coin made it all the more interesting because I found it between two surfaces. This means that we could use the coin to get a terminus post quem (date after which) for the surface above it. So we know the area was resurfaced after Julia Domna’s time.”

Wells has taken two groups of Austin College students on the trip, and said the opportunity attracts students who have a deep curiosity about the past and about the world. He said they are adventurous, self-reliant, and outgoing; have no problem with hard, physical work; and are great teammates.

“History tells us who we are and where we came from,” Moore said. “Sure, ‘it’s how we learn from our mistakes,’ but there are so many other reasons to study history. It’s real, more dramatic and interesting; it’s rich and full of compelling characters, and it really happened,” he said.

Moore and Hernandez presented a campus seminar in fall 2016 about their experiences. “History has always been my favorite subject, particularly ancient Greek and Roman history,” Moore said. “Those are my favorite movies, books, and even video games. So, to have the opportunity to go and see it, to get my hands dirty, and uncover stuff—I couldn’t pass it up.”