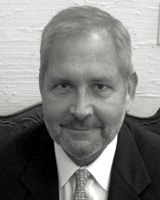 G. Thomas Vick, Jr., ’77 of Vick Carney & Smith L.L.P., in Weatherford, Texas, has been elected chair of the Texas Bar Foundation Board of Trustees. Vick took office in June 2013, and adds this honor to many other public service roles he has held during his law career: chair, State Bar of Texas Family Law Section; commissioner, Texas Access to Justice Commission; director, State Bar of Texas Board; and president of the Texas Academy of Family Law Specialists and the Texas Chapter of American Academy of Matrimonial Lawyers.

He received his law degree in 1981 from South Texas College of Law and joined his father, Gabe T. Vick, in practice.

The Texas Bar Foundation is the largest charitably-funded bar foundation in the country with an endowment of more than $22,000,000. 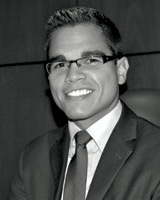 Neal Spradlin ’10 graduated from the JD/MBA program at Texas Tech University in May and now is preparing for the Texas Bar Exam. Though he says it’s been a long journey, he expects it will be “finally worth it” when he passes the bar.

This spring, Neal was a member of the Texas Tech School of Law team that won the National Energy and Sustainability Moot Court Competition at West Virginia University College of Law.

Neal and two teammates tested their brief-writing and oral advocacy skills against 23 other teams. “The final-round panel was one of the most distinguished I’ve ever seen at any moot court competition,” said Robert Sherwin, adjunct professor and one of the Texas Tech team’s coaches.

“Most lawyers will go their entire careers without appearing before a group like that. For our students to be able to argue their case and hear those judges’ critiques and compliments is a real testament to the value of law school advocacy competitions.”

Neal said his Austin College education definitely helped prepare him for law school and some fellow Austin College alumni—Hillary Luckett ’09 and Ceren Unal ’07— completing Tech Law ahead of him provided guidance along the way. Neal particularly mentioned his gratitude for the ongoing insight and advice of his Austin College mentor Bart Dredge, professor of sociology. But the input didn’t stop there.

“Frank Rohmer and Nate Bigelow were instrumental with my preparation for law school,” Neal said. “Nate, as one of my political science professors, was a great contact throughout law school. Frank, as the law advisor and Pre-Law Society sponsor, played a critical role with my preparation,” mentioning law school admission counselors brought to campus and Frank’s advice in considering aspects of law schools to select the right school for the individual. “Ultimately, Frank helped me make my decision to go to Texas Tech University School of Law,” Neal said.

“Tech Law is a high value-to-cost law school, with a focus on advocacy competitions, and has a very practical approach to the legal profession. I know that I have the skills to confidently take on a case for clients once I pass the bar exam. Frank and all of the Austin College connections helped me get to where I am today. I hope I can someday help contribute to Austin College students on their path to and through law school.”