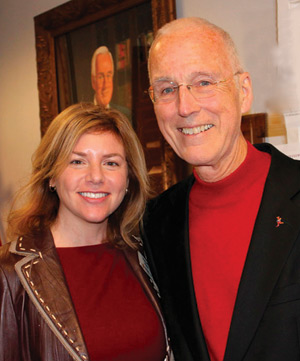 President Marjorie Hass and President Emeritus Oscar Page pose in front of the portrait of Page unveiled during the Service Station celebration. Upon Page’s retirement in 2009, the Service Station renamed its annual award so that a deserving student is recognized as the Oscar C. Page Servant of the Year each spring.

More than 16,000 hours of service were recorded by the Austin College Service Station during 2010­2011—likely surpassing anything the Service Station founders imagined when it was created 20 years ago.

Twenty years ago, that emphasis was enhanced through the creation of the Service Station to coordinate and support service efforts. Operated by a student board, the Service Station matches needs in the community with individuals and groups seeking volunteer opportunities. With the number of volunteer hours increasing every year, the system seems to work quite well.

The 20th anniversary of the program was marked with a brief celebration during Homecoming. Established in 1991 with a grant from the Priddy Foundation of Wichita Falls, Texas, the program has grown every year, gaining support from foundations, corporations, alumni, friends, and churches, most notably the Oliver Dewey Mayor Foundation, the Captain H.T. Hastings Charitable Trust, and Bob and Laura Dies Campbell ’73.

The Service Station operates as part of chapel programming, overseen by College chaplain John Williams ’84. “For 20 years, the Service Station has helped develop a culture of service at Austin College by focusing the attention of the entire campus on the importance and value of service—on our campus, in our community, and throughout the world,” Williams said. “Through their participation in the Service Station, students from a variety of backgrounds and academic interests work together to ensure that their giftedness is good news for others.” 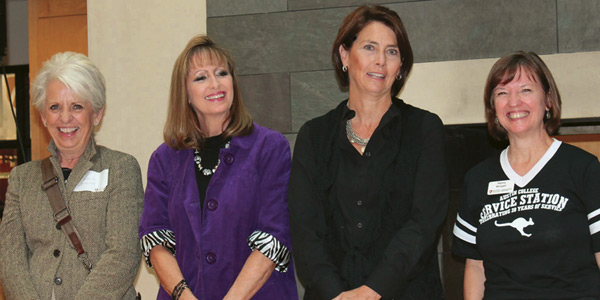