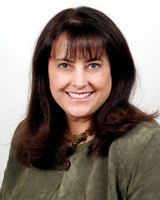 When we graduated from Austin College, GOLD (Graduates of the Last Decade) events helped us stay connected to Austin College. But after 10 years, then what? Does networking mean speeding up on the highway to see if you know the driver of a car with an Austin College bumper sticker? Do you feel the only time you see fellow alumni is during Homecoming?

There are easier ways to network with alumni these days, and I’m not talking about social media (although there are plenty of Austin College Facebook pages and Twitter feeds). If you like networking face to face and you’ve not stayed in touch with what alumni are doing, let me tell you about some of the many opportunities to connect with other ’Roos these days.

Several of the letter associations host various events during the year. While tailored toward the interest of a particular group, the events are open to all ’Roos. What are letter associations, you ask? They are subboards of the Alumni Association Board and focus their efforts in areas such as athletics, law, choir, education, LGBT, and theatre. They host some traditional events like the “L” Association’s Kenneth Street Law Symposium (which this year included oral arguments heard by prestigious Texas courts) and “A” Association’s Legends weekend, which includes the Slates McCord Golf Tournament and Athletic Hall of Honor induction ceremonies. This past April, the “A” Association offered a Run for ’Roos 5K Run in McKinney, Texas. As the more recently formed letter associations gain momentum, even more opportunities to connect with alumni will be available.

Networking events have appeared nationwide in several different forms: GOLD, ’Roo Caravans, Women Get Connected, and AlumNights. GOLD events are for those alumni who have graduated in the past 10 years. ’Roo Caravan attendees are typically former athletes, but all are welcome. Women Get Connected events are hosted by women and usually include a speaker who shares knowledge of current events or women’s issues. By far the most popular and frequent events are AlumNights. Since begun approximately two years ago, more than 35 events have been held, many outside of Texas. From New York City to Seattle and San Francisco to Washington, D.C., ’Roos are connecting to socialize and network. A connection made at one such event even resulted in a job for a deserving alumnus!

Homecoming still remains a major networking opportunity and a wide variety of events are offered to capture the attention of most everyone. Homecoming 2012 was one of the most attended homecomings in decades, particularly the Party Tent and Tailgating.

The Saturday evening Party Tent offered dancing, food, and fun for all alumni from all classes. Probably the most surprising venue was Tailgating at the football game. The function has been relocated to the south end of the football field along the end zone, allowing attendees to keep track of the game while spending time with friends. Food tents stretched the length of the area and so many attended that it was difficult at times to navigate through the crowd. 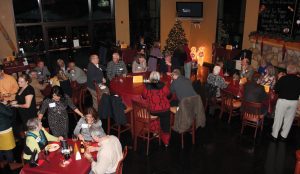 With so many more opportunities for alumni from all classes, we don’t have to work as hard to network anymore (or do that risky rush up the highway to check out the bumper sticker!). If you’d like to help host an event in your area, please contact the Alumni Engagement Office. We hope to see you soon at an alumni event! Be sure to mark your calendar to attend Homecoming 2013 on campus, October 25-27.

AlumNights offer all graduates opportunities to visit friends, network, make connections, and catch up with faculty or other campus representatives. During the next six months, AlumNights are scheduled in Texas in San Antonio, Dallas, Austin, Houston, College Station, Fort Worth, Sherman, and Plano, as well as in Tulsa, Oklahoma; Los Angeles, California; New York City; Washington, D.C.; and Santa Fe, New Mexico.