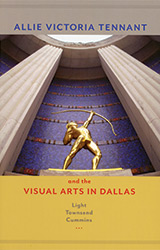 Texas native Light Cummins was in seventh grade when he attended the State Fair of Texas in 1958 and had his first introduction to the large golden warrior statue at the front of the Hall of State. Since that visit, Cummins has had a lifetime of association with the sculpture, “Tejas Warrior,” and its creator, Allie Victoria Tennant.

Those connections led to the publication of Cummins’ latest book, Allie Victoria Tennant and the Visual Arts in Dallas. Tennant’s story, Cummins said, is also the story of the growth of Dallas culture to become a visual arts center—and of women’s roles in that. Tennant was a civic leader in Dallas from the 1920s through the 1960s, spending as much time at a conference table as in her studio, Cummins said. She used her art and her leadership role to elevate women in Dallas and to help build Dallas into the cultural center it is today, he said.

This book was different than many Cummins has researched. As a historian, Cummins has spent hours poring through letters, diaries, books, and archives to learn about his subject. Tennant had a public presence but no personal papers, and Cummins said this book could not have been written without the Internet. He also wrote the book with student input. He teaches a senior-level research course, and he wrote a chapter each term along with the students. The process enabled him to provide insights to students on digital research and the use of digitized sources.

If Tennant were alive today, she would be well known, Cummins said. The final paragraph of his book, rather than “giving way” the story, highlights Tennant’s contributions and entices the reader to explore the artist’s full story.

The net sum of Allie Tennant’s artistic activities, club activities, and museum work from the 1920s through the 1960s places her in the first rank of Dallas women who helped to shape the contours of both the artistic and the civic development of that city and, by implication, such advancements across the entire Southwest. She was a successful artist, a club woman who promoted the visual arts in a wide variety of venues, and a civic leader who helped nurture what is today a major American art museum. She did these things at a time when Texas women were still attempting to find useful places for themselves in the public life of the state. Indeed, she found ways to play meaningful roles in such activities when those sorts of undertakings were not established female norms for her era. That accomplishment above all else is the legacy of Allie Victoria Tennant.

Cummins holds the Guy M. Bryan Jr. Chair of American History at Austin College, where he has been a member of the faculty since 1978. 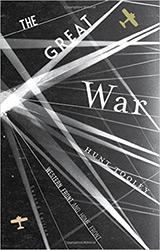 Hunt Tooley’s book The Western Front: Battleground and Home Front in the First World War, published in 2003, has been released in a second edition, renamed The Great War: Western Front and Home Front. The description says, “Incorporating recent research, Hunt Tooley rethinks the patterns of war, society, culture, and politics in the early 20th century. The Western Front is by no means merely an account of the war in the West.”

A writer with The Independent Review says of the book, “In my opinion, it is the best introduction we now have to the history of the Great War altogether.”

Tooley, professor of history, has been a member of the Austin College faculty since 1991. He specializes in modern European history and has written many scholarly articles and two books on the subject.a 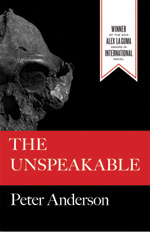 Honors for The Unspeakable 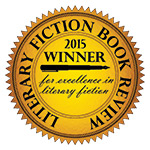 Peter Anderson, associate professor of English, was honored with the 2015 Literary Fiction Book Review Award for his novel, The Unspeakable. The award announcement included a review, which called the book “in short, a stunning work that unflinchingly examines the complicity of the white man in racially segregated South Africa” and “a tautly engaging literary work written with incisive force; it is powerfully raw and rhythmically poetic.”