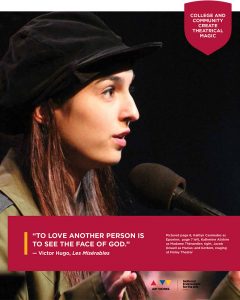 Sing they certainly did in a Les Misérables production that came to life at Finley Theater throughout June in an original staging by Sherman Community Players and Austin College, with support from the National Endowment for the Arts.

Austin College students and alumni held principal cast and ensemble roles. They joined actors and musicians from the local community to create a stirring production of the wildly popular musical by Alain Boublil and Claude-Michel Schönberg, based on the 1862 French novel by Victor Hugo. 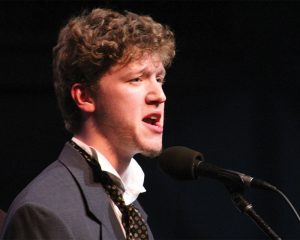 Katherine Ailshire ’14 took on the role of the bawdy and greedy Madame Thénardier; Jacob Dowell ’18 portrayed Marius, the wealthy and idealistic student who falls in love on the eve of political rebellion; and Kaitlyn Casmedes ’16 played Eponine, the street-wise girl who silently loves Marius even as she watches him fall in love with another.

Student cast members were among 10 Summerstock Fellows funded through the NEA grant. Fellows Caroline Hodge ’17, Travis Kannarr ’16, Tabatha Keton ’16, Kelvin Lane ’17, and Greyson Sanders ’16 were hands-on in creative preparation of sets and costumes and served on the crew for the show. 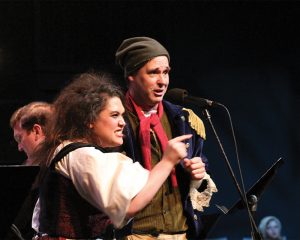 Anthony Nelson, artistic director of Sherman Community Players, produced the community collaboration that brought together a host of talent; “One Idea, One Community” advance events provided background for Les Mis, as the musical is known to fans. Speakers including Hunt Tooley, Austin College professor of history, and history student Kaitlyn Casmedes shared perspectives on the novel’s themes and connected the story to its place in history.

An early Sneak Peek rehearsal was held on campus in May with the full Austin College A Cappella Choir joining the ensemble and a number of Austin College musicians in the orchestra, led by Ricky Duhaime, Mosher Professor of Music. 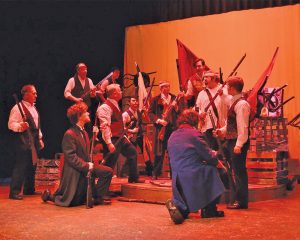