Jerry Sims was honored by the McKinney, Texas, Chamber of Commerce in February, receiving the Carey Cox Citizen of the Year Award at the chamber’s awards celebration. The award recognizes an individual who significantly contributes to the community’s well-being through resources, energy, and creativity over a sustained period of time. Sims has worked as a doctor in McKinney since 1965, serving as chief of staff at North Texas Medical Center for many years. He also was a board member and chair of the board for Heard Museum and served as president of the school board for McKinney. He also served as the team doctor for the football team. During the presentation, he was commended for contributions to his profession, through community service, through involvement at First Presbyterian Church, and as a family man. Presenters also noted that Jerry couldn’t have achieved all he had without the support of his wife Janet Guthrie Sims ’52.

Heard the Austin College Alma Mater lately? Wm. Emory Glover reports that he updated the original lyrics, which some felt were no longer politically correct, on a wakeful night during Golden ‘Roo Weekend in May 2012, and led his classmates in singing his new version at their reunion luncheon the next day. President Marjorie Hass, who reportedly had been told on her inauguration four years prior that the College had no Alma Mater, was delighted at the news of the update, Emory said, and resolved to introduce the Alma Mater to entering freshmen last September at Opening Convocation. Emory drove up from Houston for the occasion, but no one had told him that the lyrics in the four-part harmonization the choir would perform would not be his but a previous revision by Austin College choral director Wayne Crannell, which already had received official approval some years earlier. Nonetheless, Emory was glad to see that at least the choir members now know the song he and his classmates from the ‘60s were required to learn in freshmen orientation and that the choir would sing it again on subsequent festive occasions. 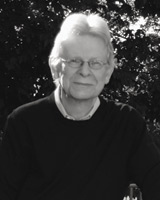 Members of the Class of 1963 were on campus for induction to the Golden ’Roo Society at Commencement 2013. See the photo and many more on the Austin College website. Also, see the news item on Richard “Scooter” Merritt. 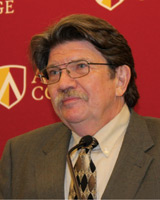 See news of a professional honor for Dan Brazeale. 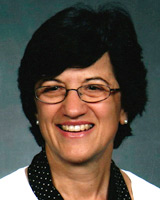 Natalie Bencowitz Eustace, a long-time member of Delta Kappa Gamma Society International, a professional honorary society of women educators, was awarded the Texas State Achievement Award, the Texas DKG’s highest honor in 2012. Another surprise of the day was that her chapter flew her husband, Tommie ’66 to the award ceremony in Los Colinas where some 2,000 DKG members cheered as the award was presented, and Tommie appeared (one of the few men in the room). The past state music chair, Natalie serves the Texas State DKG organization as Educational Excellence and Program chair. Other recent honors for Natalie include DKG Golden Gift International Leadership/Management Seminar participant, Midland County Teacher of the Year, and Abydos Learning International’s Sue German Award for Excellence in Teaching. Natalie and Tommie live in Midland, Texas, where she operates a 50-student music studio for piano and music theory. A National Certified Teacher of Music, she also travels to judge for the National Piano Guild.

Dennis McEntire, superintendent at Presidio ISD, was named Region 18 Superintendent of the Year and one of the top five superintendents in the state by the Texas Association of School Boards in September 2012. During his tenure, Presidio ISD has been named a T-STEM Academy and Early College High School, one of only six districts in Texas with that dual distinction. The district has been recognized nationally for its Rocketry and Engineering Program with invitations to the White House and student presentations at the Smithsonian in Washington, D.C. Two teams from Presidio were selected from across the nation and one was chosen to send an experiment aboard the Space X shuttle to the International Space Station. 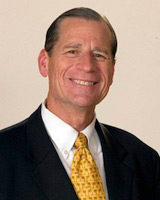 Robert Campbell received the Distinguished Public Service Award in March from the LBJ School of Public Affairs of The University of Texas at Austin. The highest alumni honor presented by the school, the award is reserved for those “who go above and beyond in leadership and commitment to public service.” Campbell earned a Master of Public Affairs degree in 1973. He recently retired from his position as vice chairman and U.S. public sector leader at Deloitte. While at Deloitte, he oversaw services to state, local, education, public healthcare, and nonprofit clients. He guided leading public policy research from Deloitte Research, the Deloitte Center for Health Solutions, and the Deloitte Center for Cyber Innovation. Campbell is a frequent writer and speaker on government management issues. He recently coauthored the book Letting Go of the Status Quo, which addresses big issues facing today’s governors and state legislators. He also edited If We Can Put a Man on the Moon and has been quoted in several leading business and trade publications. He serves on the executive committee of the Board for the East West Institute and is the chair of the LBJ School Advisory Council. 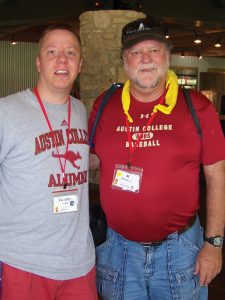 Al Hockaday ’76, has been to camp more times as a 50-something-year-old than as a child. For the past eight years, he has served each summer as a counselor at Camp Discovery in Kerrville, Texas. He said he gets to play all day, enjoy a nap and an ice cream snack every day—and eat all the banana fudge bomb pops he wants, adding, “Who wouldn’t do this?” When he’s not going to camp, he is a self-employed manufacturer representative with Hockaday and Associates. The camp—for children with cancer and provided by the American Cancer Society High Plains Division —is a great way to give back, Al said, noting that he gets much out of the camp each year “and still gets teary-eyed at every closing ceremony.” In 2011, Al went through 42 radiation treatments himself following a cancer diagnosis so understands some of what the campers have experienced. That summer he told the campers he pulled from the strength he witnessed in them. Pictured with Al is Tim Kennedy ’98, who served as a cabin counselor at Camp Discovery. He was serving as a Clinical Pastoral Education Hospital Chaplain Intern at Christus Santa Rosa Children’s Hospital in San Antonio for 10 weeks as part of his seminary training. He has just completed the second year of a three-year Master of Divinity program at Yale Divinity School. Tim also is completing an Anglican certificate at Berkeley Divinity School at Yale and an educational leadership and ministry certificate. 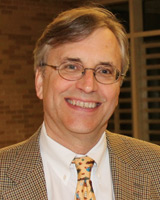 Charles Cameron ’76 is professor of politics and public affairs in the Department of Politics and Public Affairs at Princeton University. He was one of two alumni inductees into Austin College’s Phi Beta Kappa chapter in April and served as the speaker for the evening. Paul A. Sabatier ’66, professor emeritus in the Department of Environmental Science and Policy at the University of California at Davis, was inducted in absentia. Graduates of at least 10 years who have “given clear evidence of the possession of distinguished scholarly capacities” may be elected to alumni membership.

Bennett Brier has released his second CD of original music, Scorpio and Me. He said that if it must, his music can be classified as contemporary folk, AAA, Adult Contemporary, Americana, or folk-rock. He blends folk, blues, country, rock, pop, and bluegrass influences into his work. His songs have received airplay in over 50 countries, and the new album has received very positive reviews in the U.S. and Europe. Bennett’s songwriting was featured recently in The Alternate Root Magazine and he was interviewed for the Austin, Texas, “The Singer and His Song” radio program. He cites his major musical influences as Bob Dylan, the Beatles, Joni Mitchell, Butch Hancock, and Nanci Griffith; the talented friends he’s played with over the years and the sensational musicians he’s seen perform in Austin, Texas.

Heather McLaughlin was elected to the vestry at Trinity Episcopal Church in Towson, Maryland, and re-elected to the board of directors for the National Association of Drug Diversion Investigators. The NADDI is a non-profit organization that facilitates cooperation between law enforcement, healthcare professionals, state regulatory agencies, and pharmaceutical manufacturers in the prevention and investigation of prescription drug diversion. All members of the board are volunteers who have full- time jobs in law enforcement, regulatory boards, or related industry. Heather is an investigator for the Maryland Board of Physicians.

Margaret-Ann Splawn is one of the producers of a history-making production in London’s West End: the first staging of Great Expectations. The show was staged in the Vaudeville Theatre and was broadcast in cinemas around the world beginning in March (See www.greatexpectationstheplay.com). The theatre work is a labor of love for Margaret; her day job is in the world of finance, particularly energy and commodity trading currently.

Melinda Massie was named a 2013 featured contributor to “She Owns It,” a website dedicated to celebrating, connecting, and supporting women entrepreneurs. She is the site’s “A Life Less Cluttered” expert and writes monthly on debunking organizing myths and how to clear the clutter and emotional ties to it. She has operated her Dallas/Fort Worth metroplex-based company, Organizing with a Side of Fabulous, for three years. 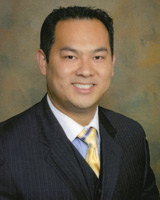 Brian Taylor completed a Master of Fine Arts in Writing degree with a concentration in fiction at Pacific University Oregon in June 2012. His creative work has appeared in national and regional magazines and other specialty publications. Paul Tu has been named to the Texas Rising Stars list as one of the top up-and-coming attorneys in Texas for 2013.The list, compiled through a statewide survey of lawyers, independent research evaluation, and peer reviews by practice area, includes less than 2.5 percent of lawyers 40 years of age or younger and practicing less than 10 years. A founding partner of Arrington Tu and Burnett, Paul heads the Houston firm’s criminal defense section. After graduating from Austin College, he worked for a multi-national oil drilling company before attending Thurgood Marshall School of Law, graduating in the top 10 in his class. He also earned a certification from the Institute of International and Immigration Law. Paul is a director of the Texas Young Lawyers Association, member of the executive board of the Fort Bend Young Lawyers Association, the Asian American Bar Association, and Fort Bend Criminal Defense Bar Association. 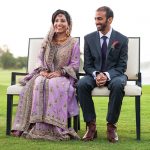 Abbas Ravjani and Atiya Khan were married October 13, 2012, in Miami, Florida. Michael Bardgett ’03 was groomsman and Brad ’02 and Amy Abell Lawrence ’03 attended. The couple celebrated at a Dallas reception in February where Bardgett served as the Master of Ceremonies, with alumni Jacob Davidson ’04, Sarah Russell Duff ’04, and Lindsay Arnott Macedo ’03 attending, as well as Jim Lewis, former Austin College vice president for Institutional Advancement. The newlyweds live in Washington, D.C., where Abbas is an attorney for the U.S. State Department and Atiya is an analyst for the Department of Agriculture. 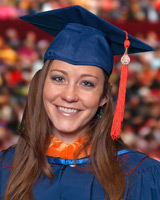 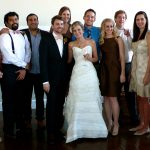