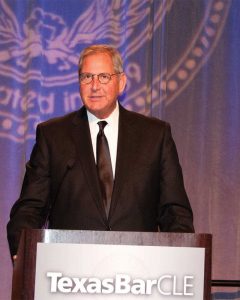 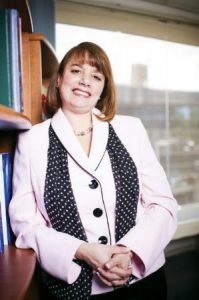 Marlene Llopiz ’80 was elected president of the Association of Medical Specialists in the Pharmaceutical Industry in December 2015. Her second election to this leadership post is a first; she is the only woman and past president to be re-elected. She also has been named to the Commission on Institutional Collaboration for Universidad Anáhuac Medical School in Mexico City. The  commission combines the work of academia, market access, and investigators throughout Mexico and abroad for clinical research and the pharmaceutical industry. This gives her a seat at the Chamber of Commerce for the pharmaceutical industry and all of its committees, as well as entry into Cofepris, Mexico’s equivalent to the FDA. Marlene also is the chair and president of the Mexican chapter for the Association of Clinical Research Professionals in the USA. These roles represent a tremendous honor for Marlene and evidence her extensive work in clinical research management, regulatory affairs, pharmacovigilance, and medical marketing in Latin America. She has done extensive work in developing resources and programs to provide adequate public health and works closely with governmental and private institutions in Mexico. Marlene is a member of the Universidad Anahuac Health Sciences faculty and has written and spoken extensively on her work. In 2010 and in 2011, she was included among the “100 Most Inspiring People” in the Life Sciences industry by the readers of PharmaVoice, and was the first Latin American included. 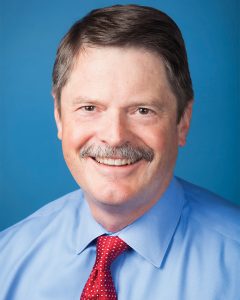 Paul Spearman ’82 was appointed the Albert B. Sabin Professor and Director of Infectious Diseases at Cincinnati Children’s Hospital in September 2016. Since 2005, he had served as vice chair of research at Emory University, Nahmias-Schinazi Professor and Director of the Division of Infectious Diseases, and chief research officer of Children’s Healthcare Atlanta. Previously, he spent 11 years at Vanderbilt University as assistant professor in the departments of Pediatrics and Microbiology and Immunology.

Paul’s laboratory research focused on fundamental aspects of HIV biology and pathogenesis. He also served as co-principal investigator of the Emory Vaccine Treatment and Evaluation Unit. Clinically, he had attended on the pediatric ID service and been an organizer of the St. Jude/Pediatric ID Society Meeting for fellows since 2009. He also had served as the Ph.D. supervisor for seven graduate students and mentor for nine post-doctoral fellows. In addition to his position in pediatrics, his professorships in Emory’s departments of Microbiology, and Immunology and Cell Biology led to invited presentations around the world. He is the author of more than 100 publications, including peer-reviewed manuscripts, case reports, and book chapters. 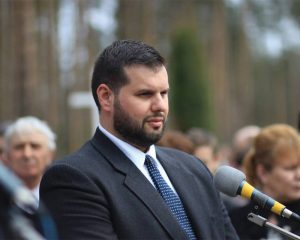 Dan Stoenescu ’03 was appointed Minister Delegate for Romanians Abroad in the Ministry of Foreign Affairs of Romania on November 17, 2015, in the interim government led by primeminister Dacian Cioloş.

A career diplomat, journalist, and essayist, Dan has worked since the beginning of his career for the rights of Romanians abroad and has been involved in projects regarding the preservation of the Romanian language, culture, and identity. Between February 2009 and February 2010, he coordinated the activity of the Division for Romanians Abroad in the Ministry of Foreign Affairs.  He also is a founding member of the Worldwide Romanians Youth League and of the Center for Democratic Education, developing projects to support Romanian communities abroad. He has worked for several specialized agencies of the United Nations and also in non-governmental organizations in the U.S., Latin America, and the Middle East. He has had diplomatic postings in Romanian Embassies in Madrid and Beirut. Between 2011 and 2013, he was president of the European Union National Institutes for Culture in Lebanon for two consecutive mandates, as a representative of the Romanian Cultural Institute. 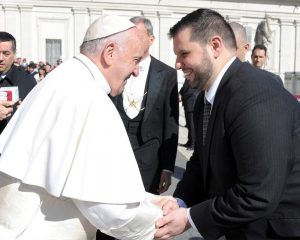 In 2005, Dan earned a master’s degree in globalization and development from Warwick University in the United Kingdom, where he studied on a Rotary Ambassadorial Scholarship (District 5810) secured while at Austin College. He also holds a graduate diploma in Forced Migration and Refugee Studies from the American University in Cairo and a Ph.D. in political science from the University of Bucharest. Dan also attended several courses at the European Security and Defense College, Belgium; Matías Romero Institute, Mexico; and the Netherlands Institute of International Relations, Clingendael. He is fluent in English, Spanish, French, and Italian and has some knowledge of Portuguese and Arabic.