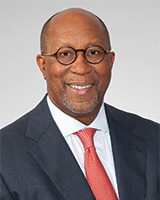 Ron Kirk ’76 was honored with a 2015 Dallas Business Journal Outstanding Director Award in September 2015. The program recognizes directors, boards, and committees that demonstrate leadership and business savvy in guiding companies to success and honors those who take time to help steer Dallas companies and charities.

Kirk is a director of the board of Texas Instruments, Inc. Presented in partnership with the National Association of Corporate Directors, North Texas Chapter, and sponsored by Bank of America Merrill Lynch and Ernst & Young, the directors were recognized in a special publication of Dallas Business Journal and honored at an awards dinner at the Ritz-Carlton in Dallas.

Kirk, who serves on the Austin College Board of Trustees, is a former mayor of Dallas and former U.S. Trade Representative. He now is senior of counsel in Gibson Dunn & Crutcher’s Dallas and Washington, D.C. offices. 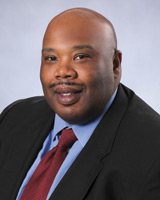 Squire J. Booker ’87 is one of 26 of the nation’s top biomedical researchers announced in May 2015 as Howard Hughes Medical Institute investigators. The investigators were selected from a group of 394 eligible applicants and are supported by HHMI for an initial five-year appointment. The 26 investigators represent an HHMI investment in biomedical research of $153 million over five years. Booker is a professor of chemistry, biochemistry, and molecular biology at Penn State University. In his research, he is bringing to light how enzymes accelerate some of the most reluctant chemical transformations inside cells. What he is learning has opened up new opportunities to improve human health. Booker is particularly interested in how enzymes use cofactors, such as metal clusters or simple metal ions, to increase their catalytic capabilities. His lab team is well known for its work with so-called radical S-adenosylmethionine enzymes—proteins that use iron-sulfur clusters to generate highly reactive molecules that, in turn, initiate a mind-boggling array of chemical reactions. Booker wants to elucidate the mechanism behind some of those reactions, including many involved in the synthesis of natural products with antibacterial or anticancer properties. His team has also unraveled details of the enzymes-catalyzed reaction that attaches a chemical group called a methyl to bacterial RNA, a modification that makes the microbes resistant to several classes of antibiotics. Booker’s team is now working to generate inhibitors of this reaction.