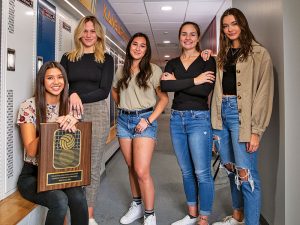 uring its very first season as a varsity program in spring 2019, Austin College’s women’s water polo team finished as conference runner-up and according to their coach, gained an amazing statistic: the first team in NCAA history to qualify for a conference championship game as a first-year program. That includes both genders, all sports, and all Divisions (I, II, and III). What a start!

As the 2020 season got underway, the ’Roos were 4-0 in conference with a goal differential of 44 goals, including a win over the defending conference champions. Then COVID hit, and the 2020 season faded away. Things were looking good in spring 2021 as the team made history by entering the national Top 25 rankings, which includes all NCAA Division I programs. They were tied for No. 25 in the nation. 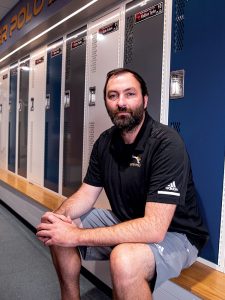 At the 2021 Collegiate Water Polo Association Division III Championships in April, Austin College took the top win to claim a season the team had dominated. Madison Taylor ’22 was named Player of the Tournament, and Head Coach Mark Lawrence received Coach of the Tournament accolades. 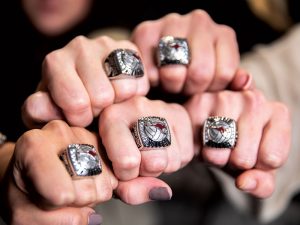 Oliver, who led the CWPA in scoring, was shortly recognized as a First Team All-America selection and later, Austin College’s Gene Day Most Outstanding Female Athlete of the Year at the year-end Athletic Awards Convocation.

The women are found, too, on academic honor lists. Sixteen ’Roos—more than half the team—were named All-Academic by the Association of Collegiate Water Polo Coaches. … They are something in the classroom, too. 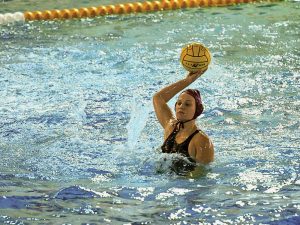 Austin College’s Women’s Water Polo team arrived on the scene in 2019 with a big splash and big goals. In 2021, the Collegiate Water Polo Association conference championship belonged to Austin College, along with Player of the Tournament and Coach of the Tournament honors—plus the No. 1 ranking in National Polls. “This program has been built on a foundation of character, work ethic, and leadership—in and out of the pool,” said Coach Mark Lawrence. “The team’s success is a credit to the athletes and their desire to chase their goals.”