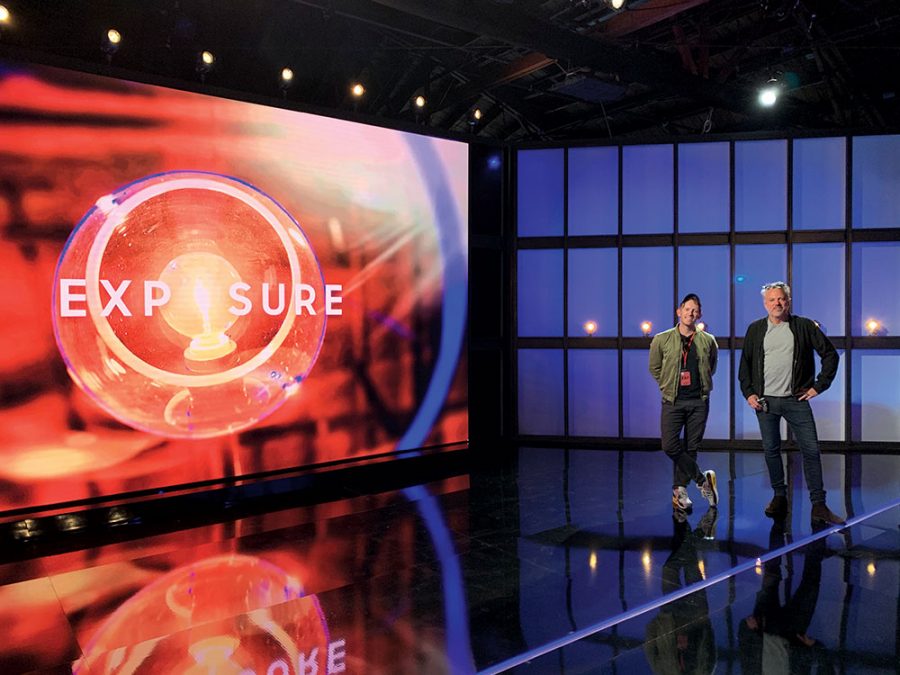 William is pictured (left) with Director Wally Pfister on the set of Hulu’s Exposure at The Academy Awards.

illiam Swann ’04, Head of Entertainment at Bartle Bogle Hegarty (BBH USA), works in Los Angeles as a creator and executive producer in the highly competitive field of television/film. He has projects debuting on networks and streamers such as Hulu and Netflix. As an Austin College former “theatre kid,” William says he went from Ida Green to LA using the skills emphasized in a liberal arts education.

“I constantly play mediator and creatively make all sides happy,” he said, “which means a lot of honest and thought-provoking communication, clear guidelines, clear benefits of what I think a show or content experience will procure. I really attribute that skill—empathy—to theatre.”

His former theatre professor Kathleen Campbell is constantly in his head. “She helped me find my creative voice, harness the power of empathy, and when I finally got her blessing in terms of being an actor/director, that was very instrumental for me—in terms of confidence.”

BBH Entertainment specializes in the intersection of technology, advertising, and entertainment. Swann’s work to create and develop shows, then secure financing is a complicated matter in complicated times. One financing solution is to create a path for brands to finance and executive produce online TV shows like Hulu’s 2021 photography competition series Exposure. The six-episode series, created and executive produced by Swann, featured photographers using the Samsung Galaxy S21 5G phone to complete challenging assignments. It was produced by BBH Entertainment, Samsung, Hulu, and Westbrook Media, a Will Smith production company.

“As a creative producer, you can imagine working with a bunch of people with opinions trying to make a television show,” he said. “And, a television show is basically a startup business that begins as a blueprint, revs up, exhibits, and then it just disappears, like magic.” Swann’s career timeline involves a few lucky breaks and a couple of miracles, but mostly hard work and a willingness to take risks. “I’ve been very lucky,” he said. “I packed up a U-Haul and drove to LA. I didn’t know anyone, and I did not have a job, but I came here thinking, ‘I’m going to be an actor.’”

Working first for The Walt Disney Company in DVD publicity, back when DVDs were big, Swann learned by asking questions. In his mind, he was an actor and had nothing to lose by being inquisitive and asking why he was doing certain tasks. With that same drive, he worked in corporate communications at Disney and then transitioned to the TV/film world for the Weinstein  Company on shows and movies such as Project Runway, Inglorious Basterds, The Artist, Silver Linings Playbook, Spy Kids 4, The King’s Speech, and more.

In over six years with Weinstein, William worked on many high-profile projects and with A-list talent, honing his creative and producing skills. He has built and sold his own business (Brandio), which taught brands how to develop, create, and sell their own TV/film projects; lived and worked in London while Creative Director for Coca-Cola; and he certainly is not done with career development. Even though acting is no longer the career plan, he uses it every day. 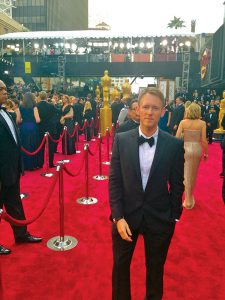 William is a Cannes Lion (gold) and Tribeca Film Festival winner (best series) and is on the board of NewFilmmakers Los Angeles. He is an avid tennis player, board gamer, hiker, and he loves to travel.

“As an actor, you’re always a bit nervous to go up on stage, but then, you just kind of click in. I do that in every meeting,” he said. “Early in my career, I had to pretend I was supposed to be there. I’ve been in some really big rooms, and I don’t think I would have been successful had Kathleen Campbell not taught me how to be an actor.” As a Communications major at Austin College, William was cast in plays (Company, Corpus Christie, Arcadia, The Cosmic Egg) and directed Eastern Standard by Richard Greenberg. He recalls Andy Williams ’74, former Tech Director for the theatre, who was influential in his personal development and confidence. “Andy managed all things tech, kept our theatre running. He was always in the wings and was one of the most influential people for me at AC. He told me to just be myself. He was like this guiding counselor, if you will, and he was always so accepting and positive.” Will recalls faculty members Dr. Dub Narramore ’62 in Theatre and Dr. Shellene Kelley in Computer Science by the genuine and accepting impression they left on him.

While in a class on gay literature taught by Professor of English Dr. Roger Platizky, William recognized another world of empathy in smart, constructive conversations about LGBTQ experiences. “It was 2000—very early in those days for such conversations—and I don’t think I would have gotten that anywhere else,” he said. He also attributes his success to Kristy Peet ’02, who has been a best friend since his freshman year. “I found so many lifelong friendships at AC, including many bonds while being a member of Lambda Chi and Alpha Psi Omega.”

Liberal arts education emphasizes empathy, inquisitiveness, and critical thinking. William says that any good executive needs those to get through the legal negotiations and high emotional partnerships involved in television production.

“I lean on my liberal arts education every day to be successful, and in my mind—I’m always acting,” he said.

Since the interview—William has left BBH Entertainment and has entered the exciting world of Web 3.0 and cryptocurrency on the brand side at Coinbase. He spearheads entertainment and culture, overseeing content, talent, and entertainment partnerships.