Victoria Hughes, Austin College associate director of alumni communications in the Institutional Advancement Division, received the CASE (Council for the Advancement and Support of Education) Southwest District IV Rising Star Award at the district conference in Austin this spring.

The Rising Star Award recognizes the accomplishments of advancement professionals in the field for five years or less whose early success promises future leadership and development and who exhibit enthusiasm for advancement and volunteer service through involvement in CASE. Victoria has served on several CASE conference planning committees and as a member of the CASE Board of Directors. She is beginning her second two year term as director for website and new media on the board.

Victoria has been a member of the Austin College Institutional Advancement staff since 2006. 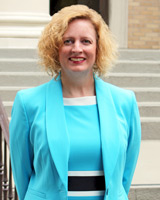 Dr. Dawn Remmers, Austin College executive director of institutional research and college registrar, is one of 28 administrators in higher education across the country selected by the Council of Independent Colleges (CIC) to participate in a year-long Senior Leadership Academy. 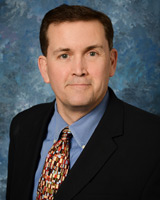 The academy, co-sponsored by CIC and the American Academic Leadership Institute, is designed to prepare prospective mid-level leaders in any division of independent higher education to assume chief officer positions. Remmers joined the Austin College staff in February 2014.

Austin College Chaplain John Williams ’84 was honored by Austin Presbyterian Theological Seminary in February with the Austin Seminary Association Award for Distinguished Service to the Church. He earned a Master of Divinity degree from the seminary in 1987. See more details on John’s career in alumni news.