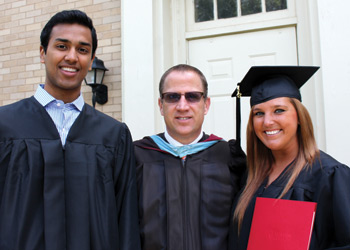 The Charles “Bo” Miller Scholar/Athlete Award is presented at Honors Convocation to the male and female athlete with the highest GPA. The 2013 awardees were Alen Michael of the men’s basketball team and Chelsea Delaney of the softball team. At the athletics awards convocation, Alen also received a Slats McCord Senior Perseverance and Improvement Award. Chelsea, who completed a major in communication studies and a minor in exercise and sport science, received the softball team’s Choose to Commit Award. Alen, who completed a business administration major and a biology minor, is a 2013 Phi Beta Kappa inductee. 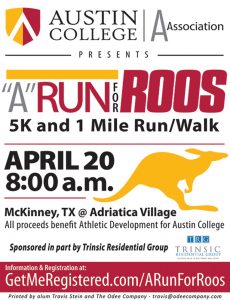 The Alumni “A” Athletics Association sponsored the first “Run for ’Roos” April 20 at Adriatica Village in McKinney, Texas, in April. The event, which raised $9,000 in support of Athletics Enrichment at Austin College, included 130 runners in 5K and 1-mile races. 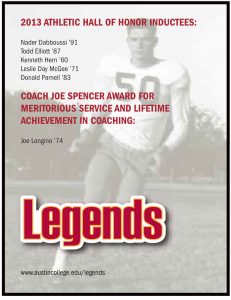