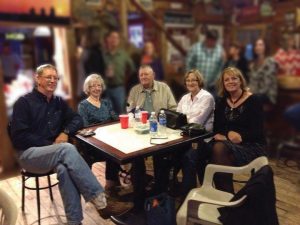 Charles ’55 and Dorothy Tucker Winfield ’53 celebrated their 60th wedding anniversary July 11 and were surprised with a luncheon in their hometown of Mount Vernon, Texas. Earlier in the year, the Winfields were inducted into Mount Vernon ISD’s Hall of Honor for their more-than-30-years of service to the community and the school. Charles was high school principal at Mount Vernon High, then returned to the classroom, also coaching boys and girls sports teams. Dorothy was a music teacher for Mount Vernon elementary and junior high schools. The Winfield’s family, including their son Allan ’81, Allan’s wife Diana and son David; and the Winfield’s daughter Margaret Winfield Jackson ’85, attended both events. Pictured left to right, are Allan, Dorothy, Charles, Diana, and Margaret. 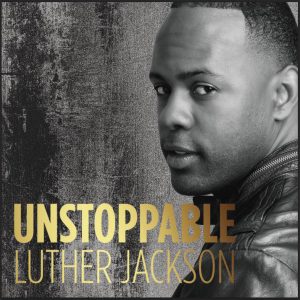 Luther Jackson ’06 released his debut album, Unstoppable, in July. He began his musical journey after graduation, when he and his friend Akaash Singh ’06 moved to Los Angeles. Influenced by his musical performances while at Austin College, Jackson knew upon graduating that he wanted to pursue a career in entertainment. When Singh started on a path toward becoming a comedian and actor, Jackson set out to produce his own music. Many albums are never fully realized, and difficulties confronted Jackson as he strove to establish himself in the Los Angeles area. However, he persevered, putting everything he had into his music, and his hard work allowed him to succeed. Jackson’s inspiration behind the album is self-discovery, and he feels that his music speaks to diverse audiences of different ages, races, and musical styles. He describes Unstoppable as a “retro take on ’90s R&B,” influenced by artists such as Michael Jackson, Usher, Boyz II Men, and Brian McKnight. For Jackson, music allows him to share himself, connecting with others by embracing different cultures. Unstoppable has received strong positive reviews on iTunes and Google Play. Jackson lives in Los Angeles with his wife, Jamilla, and their son, Luther Jackson III.

Ready for A Career?