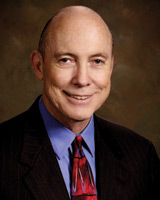 Don R. Read ’64 was elected chair of the Board of Trustees of the Texas Medical Association in May. The TMA is the nation’s largest and one of the oldest state medical societies and speaks for more than 47,000 physician and medical student members across the state. The board manages business and financial affairs of the association, implements policies of the House of Delegates, establishes interim policy of the association between meetings of the House of Delegates, and monitors program activities of association councils and committees.

Board-certified by the American Board of Surgery and the American Board of Colon & Rectal Surgery, Don practices with Texas Colon and Rectal Specialists. The group includes 13 physicians and 11 locations in the Dallas-Fort Worth Metroplex. He has been included in many “Best Doctor” listings in D Magazine and was included as a “Super Doc” in Texas Monthly in 2013 and 2014. 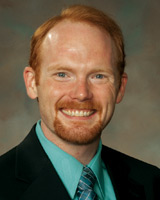 Dr. Read previously has served as president and Board of Directors chairman for the Dallas County Medical Society, and as president of the Texas Society of Colon and Rectal Surgeons. Based upon his leadership, he was awarded the Max Cole Leadership Award in 2010, presented by the Dallas County Medical Society for outstanding service in the field of medicine and  to the community. After surviving West Nile Virus with encephalitis, meningitis, and polio-like paralysis in 2005, Don, along with his wife, Roberta, run one of the few West Nile Virus support groups in the nation. They are able to help others who come down with West Nile Virus to understand the disease and the prospects for recovery.

The next generation of ’Roo physicians is following in Don’s footsteps of leadership. David Savage ’07 is the medical student member of the TMA Board of Trustees, serving with Dr. Read. Last year, David was the Texas Medical Association Medical Student Section chair. An M.D./Ph.D. student at University of Texas Health Science Center at Houston, David plans to become a physician-scientist and pursue a career in academic medicine. 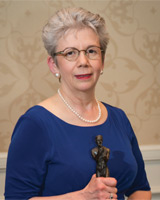 A Life Devoted to Higher Education

Carol McDonald ’72 retired this fall from her position as president of Independent Colleges and Universities of Texas (ICUT) and was awarded the ICUT Founders Award. As ICUT’s president, she was its principle advocate with lawmakers from the 68th through the 83rd Texas Legislatures.

Under Carol’s leadership, ICUT experienced a number of public policy successes, including increased funding for the Texas Tuition Equalization Grant program and inclusion of ICUT institutions in other state financial aid programs. During the award presentation, it was noted that Carol spent 11,960 days as president, and during that time, TEG appropriations increased over 500 percent with nearly $1.9 billion in appropriations benefiting approximately 200,000 students. Having cultivated strong working relationships with legislators and Texas Higher Education Coordinating Board members, Carol’s initiatives were given thoughtful consideration, and she had success on many issues for which she advocated.

Before taking the ICUT position, Carol earned two master’s degrees, taught at the National Institute for Public Administration in Kuala Lumpur, Malaysia, through a Luce Scholarship, and was a policy analyst and legislative aide in the Texas Lieutenant Governor’s office. That position made the perfect stepping stone to become ICUT president in 1982. And the rest, as they say, is history.

Along the way, she served as president and president-elect of the Austin College Alumni Board and was honored with the College’s First Decade Award, Heywood C. Clemons Volunteer Service Award, and an honorary doctorate. She’s done the ’Roos—and all of independent higher education—quite proud.