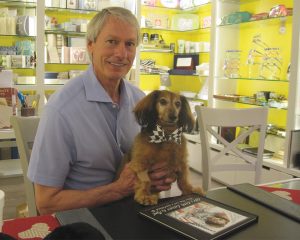 Richard Lentz ’76 has written a children’s book, Life’s Little Lessons by Roo, More Than Just a Dachshund, inspired by his dachshund Roo. A portion of proceeds from the sales benefits DFW Dachshund Rescue as well as Adopt a Dachshund: Dachshund Lovers of Texas Rescue. The book reflects life through the eyes of Roo, a miniature dachshund, who meets the challenges of life head-on, sharing lessons learned with his readers. According to a publisher press release, Lentz and his wife, Annette, have long had a fondness for dachshunds, and Richard had noted a lack of children’s books about them. 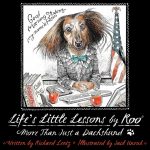 So, he decided to combine his interest in creative writing with his love of his dog Roo. Richard said that Roo sat next to him as he was writing the book, listened to discussions with the publisher, and posed “like a seasoned model” for photos to be used by the book’s illustrator, Jack Unruh. Finding time to write a book was a challenge for the founder and CEO of Lentz Landscape Lighting, which he has operated for nearly 30 years.