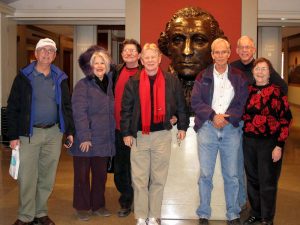 Several friends from the Class of 1966 decided coming back to campus for reunions every five or 10 years let far too much time pass between gatherings. So Dan and Vivian Breazeale hosted a mini-reunion in their Lexington, Kentucky, a few years ago and the group decided to continue meeting every other year. Their most recent gathering was in Alexandria, Virginia, at the home of Scooter Merritt.

Several of the alumni offered updates.

Scooter Merritt spends a fair amount of his time with his retirement hobby, collecting and appraising early American furniture. He hit the pinnacle of his career last year with an opportunity to appraise some very early (1740s) and extremely well-crafted Philadelphia furniture. That appraisal led to one of his current passions, which involves research and scholarly writing about the furniture and the Philadelphia cabinetmaker who was believed to have made it. That research, however, takes a back seat for a few weeks to the research he must do in preparation for the three fantasy baseball leagues he belongs to. He loves baseball and as a season ticket holder to the Washington Nationals team, he tries to make at least 30 games a season. In addition, Scooter considers himself a professional community volunteer. He is the chairman of the Alexandria Public Health Commission and the Alexandria Coalition for Clean and Smoke-Free Air. In those capacities he is proud of the fact that he led the charge a few months back that convinced the Alexandria City Council to allow no smoking signs be placed in all city parks, playgrounds, and bus shelters. His next target is to try to reduce the exposure of young children to secondhand smoke in multi-unit housing complexes. (Remember, Virginia is a major tobacco producing state.) Finally, he has plans for a major European vacation this fall, where he will visit his “step” children in Poland, and at the conclusion of the trip will no longer have to confess that he is “the only person in the world who has never been to Italy.” 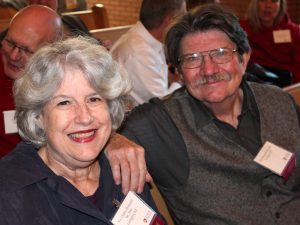 Dan and Viv (Chabas) Breazeale were married before their senior year at Austin College and are married still and living in Lexington, Kentucky, where Dan is (and has been for four decades) a professor of philosophy and now Distinguished Professor of Arts and Sciences at the University of Kentucky, specializing in German philosophy from Kant to Nietzche. Viv is now retired after many years teaching French in private secondary schools. Viv enjoys dancing and growing orchids and vegetables, and together they enjoy music, cooking, entertaining, and frequent international travel. (Editor’s Note: Dan also was named a Distinguished Alumnus of Austin College in 2011.)

Wilbur and Barbara Malloy Powell live on a small farm with a pond in rural Grayson County. Barbara loves bird watching on their property, and Wilbur spends his time on landscaping, gardening, farm work, and house remodeling. He retired from the Mathematics and Computer Science Department of Austin College in May 2010, and when Barbara retired from teaching art in the public schools, she opened Art from the Heart, Art Center and Gallery in Sherman, Texas. She displays art she has collected and provides art classes. They can’t stay away from the classroom though—Wilbur has been back on campus as an adjunct faculty member and Barbara has substituted in the public schools.

Karl Johnson retired in December 2010 and now lives in Georgetown, Texas. After Austin College he spent as year at Yale University as a Woodrow Wilson Fellow, and then attended the Graduate School of Business at the University of Texas. He spent his professional career working as a Certified Public Accountant, first for Touche Ross & Co. (now a part of Deloitte & Co.), then with the Texas State Auditor’s Office, and finally with the Governmental Accounting Standards Board in Norwalk, Connecticut.

Do you have an alumni gathering photo and story to share? Write editor@austincollege. 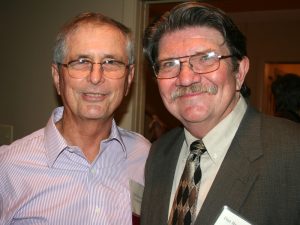 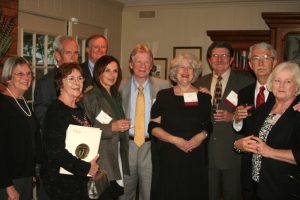 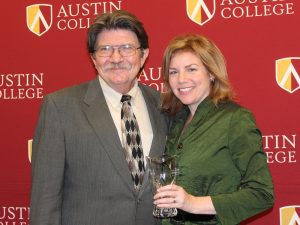