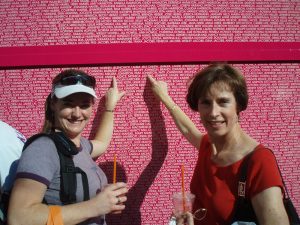 Editor’s Note: Since Melissa Johnston ’04 graduated from Austin College, she has emailed several updates on her activities—and it seems she always is writing about a marathon completed or a run in the near future. When asked for a summary of her experiences for possible inclusion in Austin College Magazine, the notes she sent were so interesting they are repeated here in her own words.

My Work—After completing four unpaid internships in non-profits while at Austin College, I knew I wanted my professional life to make a significant contribution to either the local, national, or global community.

When I graduated from Austin College in 2004, I briefly worked for Shadowcliff, a non-profit lodge in the Colorado Rockies dedicated to sustainable living and affordable accommodations for those wanting to enjoy the mountains. During the summer of 2004, I was able to hone in on what made me tick and where I wanted to invest my professional energies.

I was grateful to find a position with the South Central Texas Chapter of The Leukemia & Lymphoma Society in fall 2004 and have been with them ever since. The Leukemia & Lymphoma Society (LLS) is the leading national health charity dedicated to curing blood cancers (leukemia, lymphoma, and myeloma) and improving the lives of patients and their families. Having completed seven years working with the organization professionally, I am even more tied into its mission than ever before. I once was a naïve young adult never having a close connection to cancer (thankfully) and have evolved to know more cancer survivors than I thought possible.

LLS has provided opportunities I may not have seen elsewhere, pushing and investing in my professional contribution. I began as a coordinator in Team In Training (TNT), LLS’s endurance sports training program, and was quickly promoted to manager. Team In Training provides professional coaching for individuals wanting to complete a full or half-marathon, cycle ride, participate in a triathlon, or hike a natural wonder while they raise money to support the work of LLS.

After four and half years in the TNT department of San Antonio, I became the senior manager of the chapter’s School & Youth programs. Over the past three years, I have doubled the Pennies for Patients program revenue, from about $550,000 to now $1.4 million with 900 participating schools in 92 counties of South Central Texas. Being a director of the School & Youth department is my most rewarding position to date. I’m proud to say that humble South Texas is now the leading LLS school program, out of 60 in the nation of 60 chapters. We are surrounded by an exceptionally generous, giving, and supportive community. I also am honored to work with an exceptional team of employees who have a heart for our mission and work hard every day to get us closer to finding a cure for blood cancers! 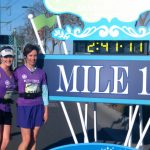 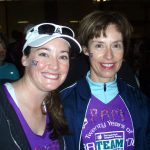 My Hobby—Having a job that promotes healthy living while doing something good for others makes you realize very quickly that you need to put actions to your words. After only weeks on the job with Team In Training in late 2004, I decided to do my first marathon along with Team In Training. I had always been a “distance” runner in track and cross country throughout elementary, middle school, high school, and college. I ran for two years on the Austin College track team and became the first female in my family to participate in collegiate sports. But, of course, those distances were two- to-five-mile runs—nothing compared to a full marathon!

Deciding to train for a 26.2-mile race was a big deal to this 22-year-old, but a destination like Anchorage, Alaska, for my first marathon was an opportunity I didn’t want to pass up. With my very first marathon, I raised $5,400 for The Leukemia & Lymphoma Society—and I knew I was hooked on this endurance sports thing! What makes it even more motivating is knowing that every step you run, you are helping save lives of cancer patients.

Since my first marathon, I have gone on to do another marathon, five half-marathons, three century rides (1oo miles), 3 metric century rides (100K) , several triathlons, and even one Half-Ironman triathlon (1.2- mile swim, 56-mile bike, 13.1-mile run) for LLS.

The most special of these events were my two half-marathons with my mother, Pam Johnston. Even at the age of 60 she is still jogging a few times a week. In 2008, I convinced her to run the Nike Women’s Half-Marathon in San Francisco, California, with me. That event is one of the most unique races you can experience, including a pre-race Expo-tique with massages and manicures, a Ghirardelli chocolate mile, an Oxygen bar, the Nike Women’s name wall, and the Tiffany’s finishers necklace handed to you by a tuxedo-clad San Francisco fireman. Who could ask for more?!

Three years later, I convinced my mother to do a race again. We chose the Tinkerbell Half-Marathon at Disneyland where we broke her three-hour goal and were graced with the presence of many smiling Disney characters! Over the last seven years, my mom and I have raised over $30,000 to help The Leukemia & Lymphoma Society through many Team In Training events. The generosity and inspiration of our friends keep us going on our feet and keep us moving toward a cure.

But athleticism in the family does not stop with Mom and me. My brother, Michael Johnston ’01, also jumped on the band wagon by participating in the Nike Women’s Marathon last year, raising $4,000 himself. Before long, I hope to see my entire family do a TNT event. There’s nothing like the feeling of success and accomplishment knowing you’ve pushed your body to new limits and you’ve made a significant contribution while doing so. 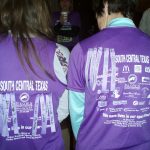 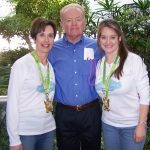 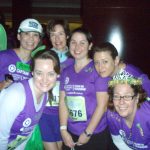 Austin College Connections—My folks are Trinity University graduates, but my brother Michael earned an Austin College degree in art history in 2001 and completed a master’s degree through the Austin Teacher Program in 2002. He now works as an art teacher at Pflugerville Elementary outside of Austin, Texas. I graduated in 2004 with a double major in religion and history. While at Austin College, I was in the Posey Leadership Institute, ACtivators, track program, InterVarsity, and helped found Sigma Phi Chi sorority. (In December 2010, I earned a master’s degree in public administration from the University of Texas at San Antonio.)

LLS in South Central Texas has many Austin connections. too. My executive director’s daughter (Kelly Griesenbeck) graduated from Austin College in 2000. Stephanie Terrell ’00 previously was on staff as a Team In Training manager in Austin and currently is a marathon coach with many cycle rides and marathons under her belt. Lia Payne ’07 is a Light the Night campaign manager in San Antonio. And I know a few Austin College alumni and one current student who have done a TNT event in North Texas. 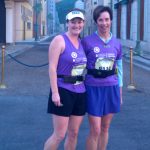 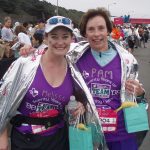 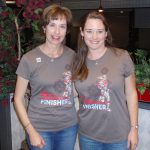