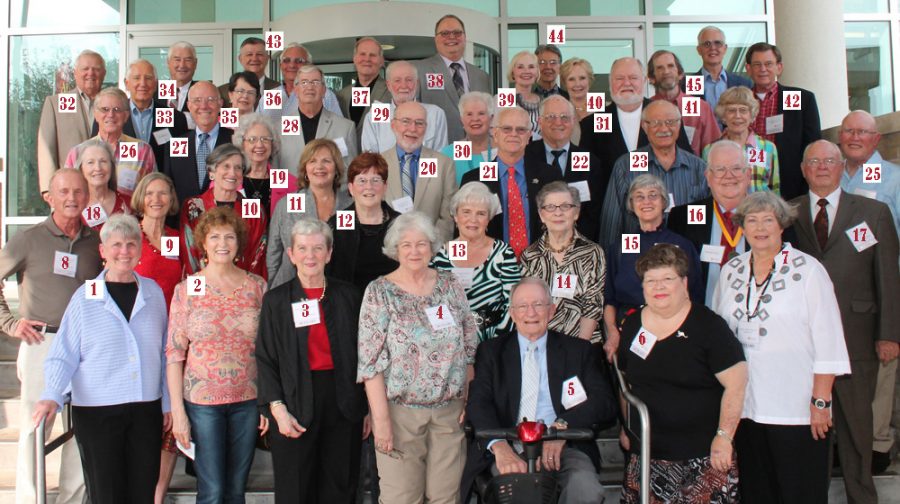 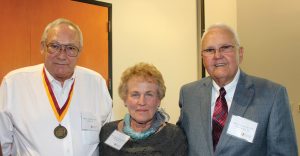 The Golden ’Roo Society grew by more than 45 in May as members of the Class of 1963 were inducted into the society for all alumni who have reached the 50th anniversary of the graduation of their class.

The Class of 1963 and their spouses and friends enjoyed a full weekend on campus, some arriving for lunch on Friday and staying through lunch on Sunday following Commencement exercises. They toured campus and shared stories from their Austin College days with one another in the annual “Walk Down Memory Lane,” facilitated by long-time faculty members Jerry Lincecum and Peggy Redshaw, who later write a summary of the remembrances. 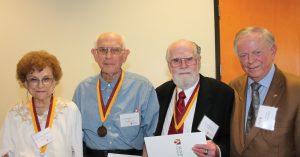 The 50-year graduates received anniversary medallions and certificates from President Marjorie Hass and Alumni Board President Sarah Gunderson ’81. Alumni in the group celebrating their 55th and 60th graduation anniversaries also were honored. The Golden ’Roos also are provided special seating and recognition for the Baccalaureate and Commencement ceremonies.