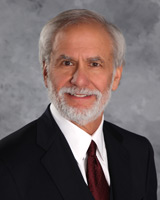 Buck Files received the Texas Board of Legal Specialization Tom Garner Distinguished Service Award in February. The award is given annually to an outstanding TBLS volunteer in memory of Garner who “epitomized the best ideals of volunteer service … knowledgeable, dedicated, thorough, hard-working, and consistently displayed integrity.” See the story on Leading Lawyers. 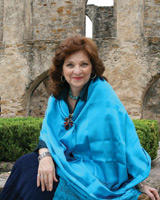 Byron Boston returned to his hometown this spring to give the keynote address at the 2012 Gladewater Chamber of Commerce banquet. He has worked with the National Football League since 1995 as a line judge and has officiated 16 NFL playoff games, including Super Bowl XXXIV between the St. Louis Rams and Tennessee Titans. 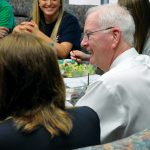 David Perkins is now a licensed clinical social worker and has opened a private practice as a psychotherapist in New York City.

John W. Griffin, Jr., serves as chair of the Board of the American Diabetes Association and last fall, spoke to the U.S. Senate Committee on Health, Education, Labor, and Pensions about how evidence-based intervention practices could tighten the depleting health care finance gap. John’s service to the American Diabetes Association includes membership on the board of directors and chairing the legal advocacy subcommittee, as well as service on the advocacy committee, finance committee, safe at school task force, and legislative committee. In 2006, he received the association’s Addison B. Scoville Award for outstanding volunteer service. He also is the managing partner of Marek, Griffin, and Knaupp, a Victoria, Texas, law firm. He also serves on the Texas Diabetes Council. 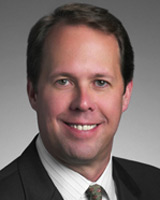 Berry Spears was named partner-in-charge for the Fulbright & Jaworski office in Austin, Texas, in March. Ranked as a leading bankruptcy lawyer by Chambers USA, Spears was included among the Houston Region Top 100 Lawyers in the 2011 Texas Super Lawyers listing.

J. Lee Whittington co-wrote the book, Leading the Sustainable Organization: Development, Implementation, and Assessment, published by Routledge, with colleagues Timothy Galpin and Greg Bell. J. Lee is professor of management at University of Dallas, where the focus of his teaching, research, and consulting is in the areas of leadership, organizational behavior, and spiritual leadership. In 2011, students and alumni selected him as recipient of the Haggerty Teaching Excellence Award at University of Dallas. He held previous teaching positions at Texas Wesleyan University and University of Texas at Arlington and has more than 20 years of experience in industry. He lives in Bedford with his wife, Laura. 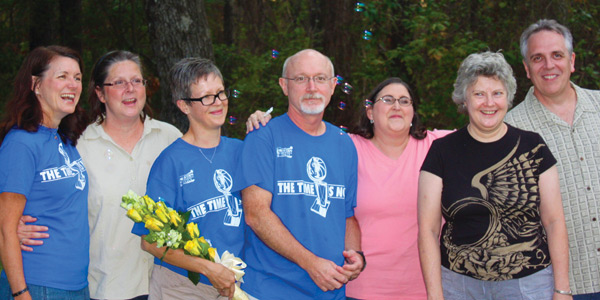 Doug Kohrs, president and CEO of Tornier, Inc., a global medical device company focused on surgical solutions for orthopedic extremity specialists, has been appointed to Proto Labs’s Board of Directors. Proto Labs is an online and technology-enabled quick-turn manufacturer.

Mark Barcus was promoted to a Tulsa County district judgeship after serving as a special district judge for nearly nine years. Before joining the judiciary, he was a court referee assigned to domestic matters. He previously worked in private practice in Tulsa.

Mike Hutchison became senior vice president of sales for Certified Payment Processing in November 2011. He oversees the company’s three direct sale divisions, including nearly 60 in-house sales leaders and over 400 field sales associates throughout the country. He has 20 years of experience in sales and sales management.

Charlotte Marx Harper is now a member of the Board of Trustees of Presbyterian Mo-Ranch Assembly. 

Andrea Richeson recently was promoted to chief operating officer and user experience director for TradeMark Media, an interactive strategy, design, and development agency in Austin, Texas. In addition to leading clients in creation of online projects, she supervises TradeMark staff and is a senior project manager.

William Austin Spencer, Jr., became a certified financial planner in October 2011 and holds a certificate in financial planning from the University of Georgia Terry College of Business. 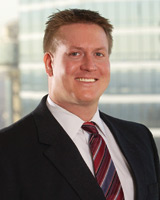 Alexander Blue has joined the legal team at Winn, Beaudry & Winn in Dallas, Texas. He also earned his third Texas Rising Stars entry in the 2012 list of top young attorneys under age 40. From 2000 to 2008, he served as a Corporal in the Marine Corps and was chosen as Marine of the Year by the Big D Detachment of the Marine Corps League in 2009. Alexander currently serves on the Board of Directors of Heroes on the Water, a nonprofit organization designed to help wounded warriors from the military and law enforcement relax, rehabilitate, and reintegrate into society.

Michael Anthony Garcia and his artwork were included in the exhibition “Active 8: A Mini-Ennial in Texas Art” at the Janette Kennedy Gallery in Dallas this spring. He lives and teaches in Austin, Texas, and is a collaborating founder of Los Outsiders, a creative and curatorial collection.

Melinda Massie and her company, Organizing with a Side of Fabulous, have been recognized as one of the top home businesses in the nation by StartupNation in its annual Home-Based 100 competition in the category of Most Glamorous.  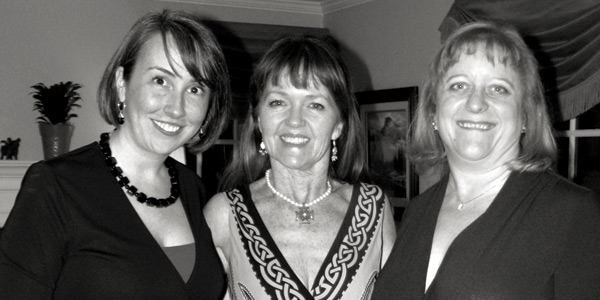 Walter Jennings Fowler received the Civilian Medal of Valor from Honolulu police after he disarmed a robbery suspect in a restaurant in Oahu, Hawaii.

Justin Miller has been named city administrator for Mendota Heights, Minnesota. He lives in nearby Eagan with his wife, Dianne, and two daughters. He previously was employed with city administration in Iowa. 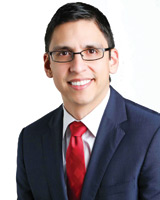 Jake Davis was selected as the Texas High School Baseball Coaches Association 2011 3A Assistant Coach of the Year. He coaches football and baseball at Celina High School in Celina, Texas. 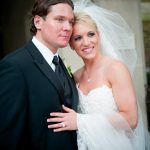 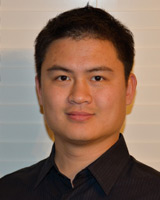 Young Oh was inaugurated as the fifth president of the Korean American Professional Network in January. He earned a master’s degree at University of Texas at Dallas and has worked as an engineer in Dallas since 2000. He works for Texas Instruments where he is a process engineer and team leader. He is focused on implementing systematic programs to reduce scrap and improve quality. He and his wife, Joanne, have two children, Elizabeth and Elijah.

Courtney Smith has written a book, Record Collecting for Girls: Unleashing Your Inner Music Nerd, One Album at a Time, published in September 2011. The book discusses the relationship that women have with music, from the best breakup songs to the author’s own experiences in the music industry. She spent eight years at MTV as a music programmer and manager of label relations. A Publishers Weekly reveiw said, “This is a book for anyone whose day has a soundtrack and for whom music reigns supreme.” Vanity Fair also praised the book and its perspective.  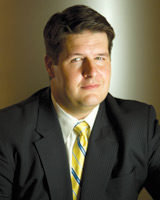 Donnie W. Wisenbaker was named a partner at Bell Nunnally & Martin, L.L.P., one of the 50 largest law firms in Texas, in January. In March, he was named to the 2012 Texas Rising Stars list by Super Lawyers for the third time. He works in the firm’s litigation and creditors’ rights groups, and his clients include homeowners associations, residential and commercial contractors, small business owners, oil and gas exploration companies, banks, financial institutions, and mid-size to large business organizations.

Jeff Riordan has been named the athletic director and head football coach at Crosby High School in Crosby, Texas. He previously was the offensive coordinator for the Sulphur Springs Wildcats and helped lead the team to a Division II state championship in 2008. 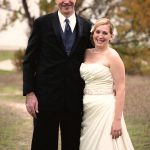 Amanda Patterson Valenti was chosen by her peers as Experienced Teacher of the Year for Rasor Elementary School where she teaches physical education. See the story about Amanda. 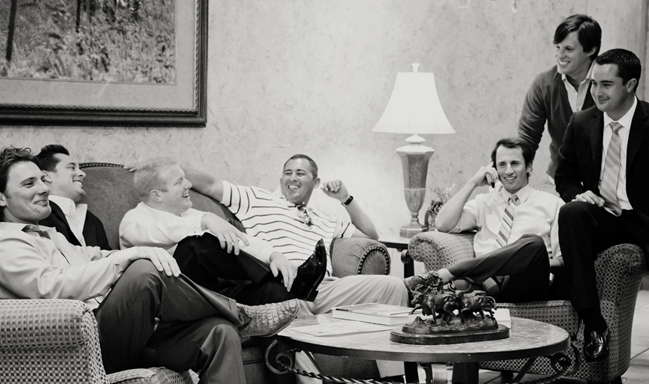 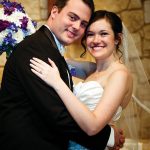 Steven Hayes, under the pseudonym Andrew Yorke, and rising arts organization X Team Artists released a “one-of-a-kind literary journey,” Sharon Tate, for the Kindle and Kindle Fire in January. This, Yorke’s first published work, was released on what would have been Tate’s 69th birthday. The book captures many significant moments in Tate’s life—her first auditions, her marriage to director Roman Polanski, her role in Valley of the Dolls—and her untimely death.