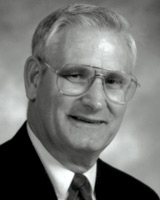 Each July, Austin College alumni athletes gather to honor their own during the Legends weekend. Storytelling and laughter are the foundation of the event that is highlighted by an awards dinner honoring former athletes and coaches.

An Austin College coaching legend, the late Sylvan “Sig” Lawson was the honoree for the 2012 Coach Joe Spencer Award for Meritorious Service and Lifetime Achievement in Coaching. Lawson joined the Austin College coaching staff in 1976 as an assistant coach in football, head swimming and diving coach, and athletic trainer. After 1988, he coached only swimming and diving until his retirement in 1999. Sig died suddenly just  months later. His daughter Gigi Lawson Woodruff ’83 accepted the award during the Legends celebration.

Athletic Hall of Honor inductees for 2012 were: 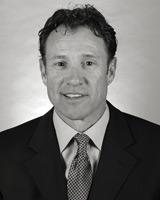 Larry Fedora ’85 was honored as Kedric Couch Alumni Coach of the Year after leading the University of Southern Mississippi to the Conference U.S.A. title in 2011. Fedora, now head coach at the University of North Carolina, was unable to attend.

The weekend concluded with the 30th annual Slats McCord Golf Tournament, especially poignant since the long-time Austin College coach for whom the tournament is named had died in April.