Wendy Motch was married in July 2015 to Elizabeth Karen Ellis and started a new job in November 2015 as director of Titan Recreation at the Associated Students, Inc., Cal State University, Fullerton. Wendy previously spent 12 years working in recreation at UCLA. She is an active member of NIRSA – Leaders in Collegiate Recreation, where she serves as the co-chair on the NIRSA Commission for Equity, Diversity, and Inclusion. 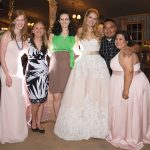 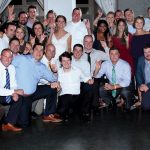 Molly O’Farrell and Jonathan Rawlins ’08 were married October 10, 2015. The couple said that Austin College meant and still means so much to them so they were pleased to have ’Roo friends celebrate with them. The group members pictured are all ‘Roos! 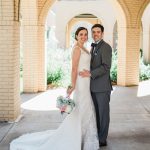 Frank McStay and Carla Khalaf ’12 were married at St. Mary’s Catholic Church in Sherman, on June 4, 2016, with a reception at Austin College. Carla is a resident physician in internal medicine, and Frank is a senior health policy advisor and researcher for Baylor Scott and White Health. The wedding party included Bryan Botello, Andrew McColloch, Randy Tea, and Samuel Baggett, all ’12. 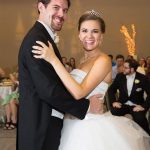 Nick Timmerman (MAT ’12) and Suzanne Francis ’15 were married July 16, 2016, in Fort Worth, Texas. After a visit to Disney World and a Disney Cruise for their honeymoon, Nick is teaching elementary music and secondary choir for the second year with The American School of Kinshasa in Kinshasa, Democratic Republic of Congo. Suzanne is working for the U.S. Embassy in Kinshasa. The wedding party included groomsmen Matthew Giddings ’11 and Will Reynolds ’14, and bridesmaids Sarah Davis Reynolds ’15, Sarah Monroe ’17, and Alena Oglesbee ’14. Nearly 30 alumni, as well as Wayne Crannell of the music faculty, attended. 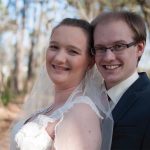 Astrid Grouls and Paul Derry ’11 were married in Spring, Texas, on December 19, 2015. They met at Austin College in the 2009 JanTerm course “Brain & Behavior.” Astrid is a first-year internal medicine resident at UT Health, having graduated from McGovern Medical School in Houston, Texas, in May 2016. Paul is working on his thesis for his Ph.D. in chemistry at Rice University, where he works with Dr. Eugene Zubarev. 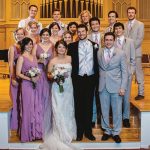 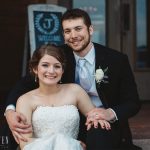